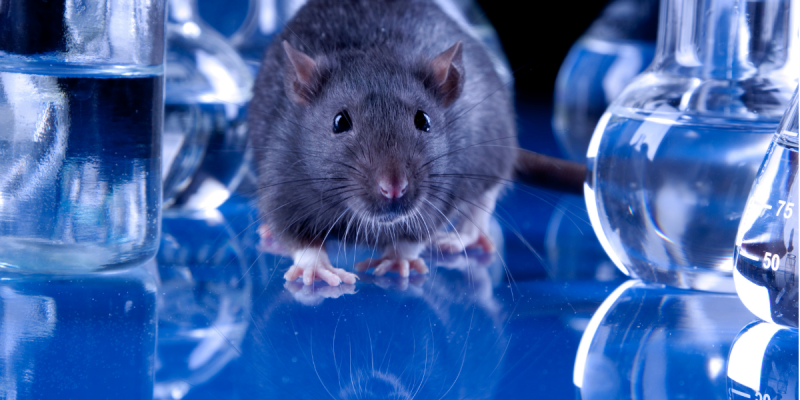 Each year, hundreds of thousands of animals in NZ, and an estimated 115.3 million worldwide,1 are used in the name of science.

Animals are subject to cruel and archaic experiments that are permitted under NZ law because of the outdated belief that animal-based research and testing can protect and save humans.

We do not have to choose between inflicting pain and suffering on animals and finding medical treatments and cures for people. Instead, humane and human-relevant research methods can be used to create accurate and far more relevant results! An end to animal experimentation would be a win for animals, people and science.

The number of animals used:

Approximately 300,000 animals are used for research, testing and teaching (RTT) in NZ every year.

How animals are used:

Animals are subject to tests to try and assess the safety, efficacy or quality of products, chemicals and other substances.

Note: Although testing cosmetics on animals in NZ is now prohibited, NZ companies can still pay for these tests to be conducted outside of NZ.

Animals are used in dissections, demonstrations and other teaching exercises in schools, universities and other tertiary institutes.

Other scientific uses of animals in NZ include the use of animals for the production of biological agents and in the development of alternatives.

The main use of animals in NZ:

People often think that the main use of animals in science is for product safety testing and biomedical research (developing new drugs and medicines). But in NZ this is not the case. The biggest proportion of animals used for research, testing and teaching in NZ are used to try and enhance animal agriculture.

Our position on animal use in science:

In NZ animals manipulated for claimed scientific purposes are categorised by the government into three groups — research, testing and teaching (RTT).

While we are opposed to most RTT methods involving animals, not all cases involve animal experimentation or are harmful therefore, we are not opposed to 100% of RTT involving animals. Our position can vary between studies and is dependent on the scientific and ethical factors involved.

For example, using a non-harmful tag and release research method on Kiwis for conservation purposes is considered RTT using animals in NZ yet we aren't opposed to this research on either scientific or ethical grounds.

One of the easiest ways to illustrate the wide-ranging use of animals for claimed scientific purposes is by looking at Dr Ray Greeks nine uses of animals in science.

A wide variety of animals are used for research, testing and teaching purposes in NZ including:

Animals that can’t be used:

According to the Animal Welfare Act, 1999, gorillas, chimpanzees, bonobos, and orangutans (non-human hominids) can’t be used for research, testing or teaching purposes in NZ, unless special requirements are met.

The most commonly used animals:

The most used animals for RTT in NZ are cows, sheep, fish, mice and birds.

Over 140 different facilities and individuals in NZ can use animals for RTT.

To be able to use animals for RTT, a facility or individual must meet certain criteria which include having an approved Code of Ethical Conduct or having a notified arrangement to use an approved code from a different institute. We can, therefore, use the list code holders as an indicator of who is using animals for RTT. More accurately, this list shows us who can use animals for RTT if all relevant criteria are met.

How we find out how many animals are used in science in NZ:

An annual report on the number of animals used for RTT in NZ is created by the NZ government. The Ministry for Primary Industries (MPI) is responsible for producing this report accurately and for making it available to the public. Read more here.