Information on the animals used for research, testing and teaching in New Zealand during 2016.

In 2016 an average of 176 animals were killed every day in New Zealand for research, testing or teaching.

The Ministry for Primary Industries (MPI), publishes an annual report that includes information on the animals used in New Zealand for research, testing and teaching (RTT). This report has just been released — access this full report at the bottom of the page.

We have summarised this information for ease of access as the MPI report presents them in a variety of ways (actual numbers, percentage compared to the previous year, number increase/decrease etc.).

This is not necessarily an increase of animals being used for RTT in NZ, but rather a reflection on the nature of reporting. Some experiments run for longer than a year, sometimes up to 3-4 years. The approval for using animals for RTT is granted once, so even though an experiment may run for years, it counts as one approval rather than the approval of each year 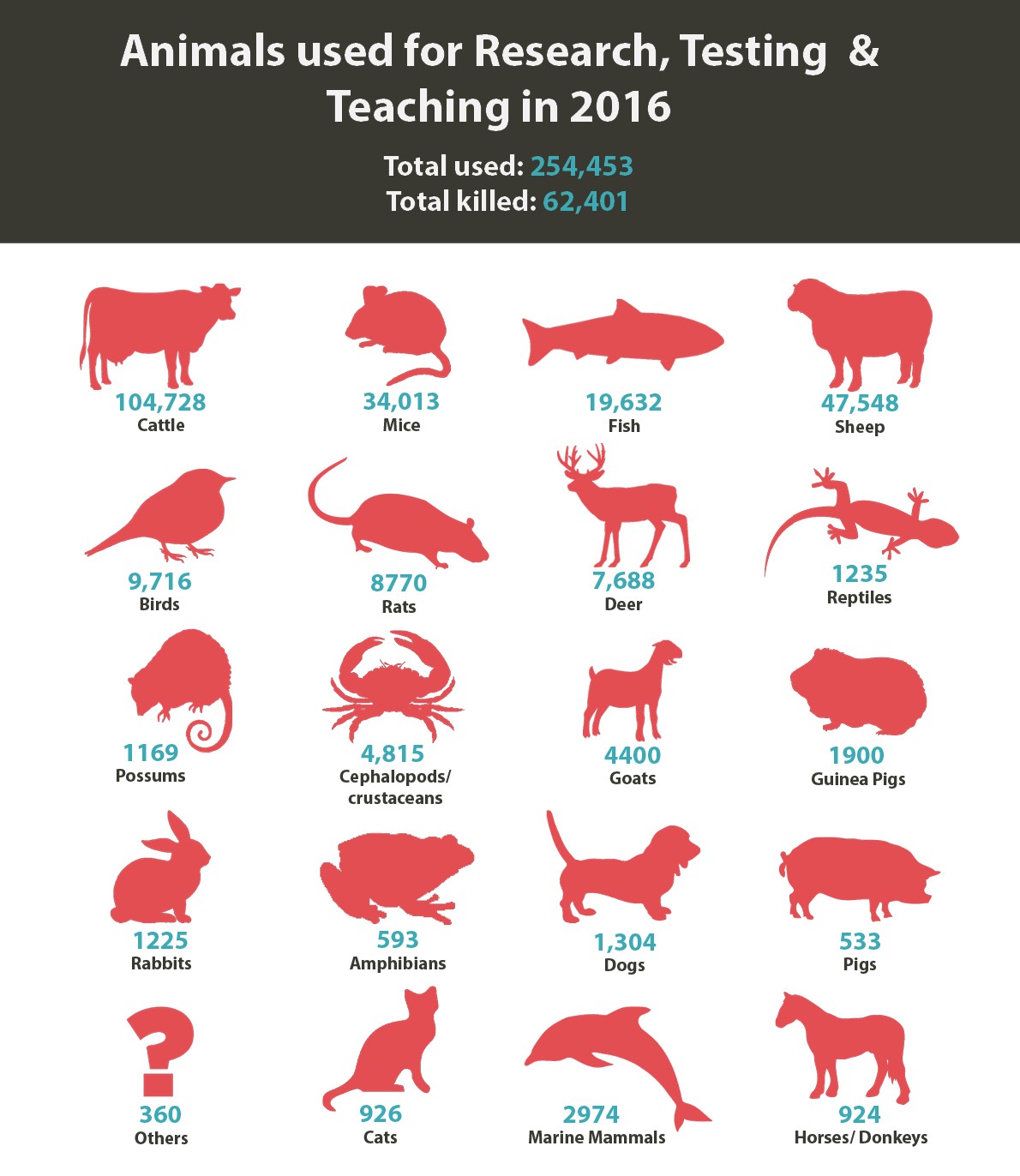 Also, click here to find out more details about the animal manipulation forms (for example the definitions of the different purposes) – Animal Use Statistics – Guidance for Completing Statistical Returns