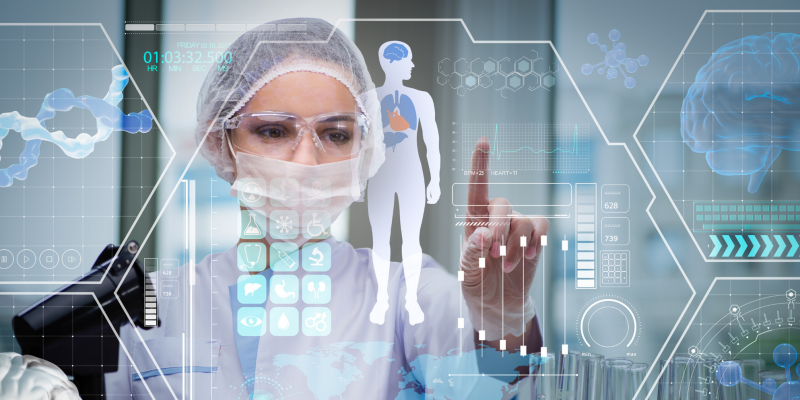 The research and test methods that can be used in biomedical research instead of animals.

Human-based research will always be the most relevant and reliable when trying to find treatments and cures for human disease.

This does not mean conducting harmful and risky tests on humans instead of animals — we would never promote such methods!

Human-based research and test methods involve a broad range of bio-technologies that are human-relevant. They use advanced and current biological knowledge of the human species to study human diseases and develop drugs which are safe and effective in humans.

Using animals in the early stages of developing a treatment or cure results in research that is flawed from the very beginning.

Many human diseases are also not found naturally in animals so they are artificially induced. This creates a whole set of new problems as the disease being studied is slightly (or dramatically) different from that found in humans.

Some researchers will also argue that they need to test on an entire living system. This is correct to a degree; it does need to be tested in a living system but that system also needs to be of the same species. Using a battery of human-based tests would be more predictive of human outcomes, compared to using an entirely different species.

Examples of these non-animal based methods:

There is a wide range of scanning technologies that can reveal processes in living humans. The images produced are now truly remarkable and are especially useful in neurodegenerative conditions like Alzheimer's.

Microdosing involves giving a minuscule amount of a substance to a volunteer or patient. Researchers can use this method to do a variety of things, for example track the movement of the drug through the body and quantify the concentration of the test drug in blood, urine, saliva and white blood cells. This technique has already been used successfully to test drugs for cardiovascular disease, pain, Alzheimer's disease and gastrointestinal disorders.

Microfluidic devices are made up of a network of interconnected reservoirs mimicking the organ systems of a living being. Researchers can place lung, liver, fat, gastric or heart cells inside the reservoirs, add a test drug and quickly evaluate how the chemical is distributed, metabolised and excreted.

There are continuous developments with this technology — Harvard University’s Wyss Institute developed lung-on-a-chip, which can mimic the complicated mechanical and biochemical behaviours of a human lung.

Ethically sourced human organs and tissue can be used in experiments. These can obtained from a variety of sources - from donated human cadavers or from patients who have undergone operations or biopsies. These can be utilised in research in a variety of ways, for example, researchers can compare healthy and diseased donated organs to obtain important information on disease processes.

Human systems, from individual organs to the whole body, can be simulated using highly sophisticated computer programs. Computer programs can even use existing data to predict how harmful a new chemical or substance may be. For example, by developing a large database of known chemicals and mapping the relationships between chemical structures and toxic properties, researchers were able to automatically predict the toxic properties of chemical compounds, more accurately than an animal test could.

Human tissues or organ systems can also be recreated in laboratories. For example, Human lymph nodes have been created in the laboratory to test vaccines and biologically-based drugs.

Epidemiology involves the study of significant numbers of people over a period of years, comparing their lifestyles, genes, medical interventions, environments, social status, etc. It remains a powerful tool with huge potential and has already produced enormously valuable findings, including the link between smoking and lung cancer.

Some of the many institutes advancing and developing human-relevant research and test methods: