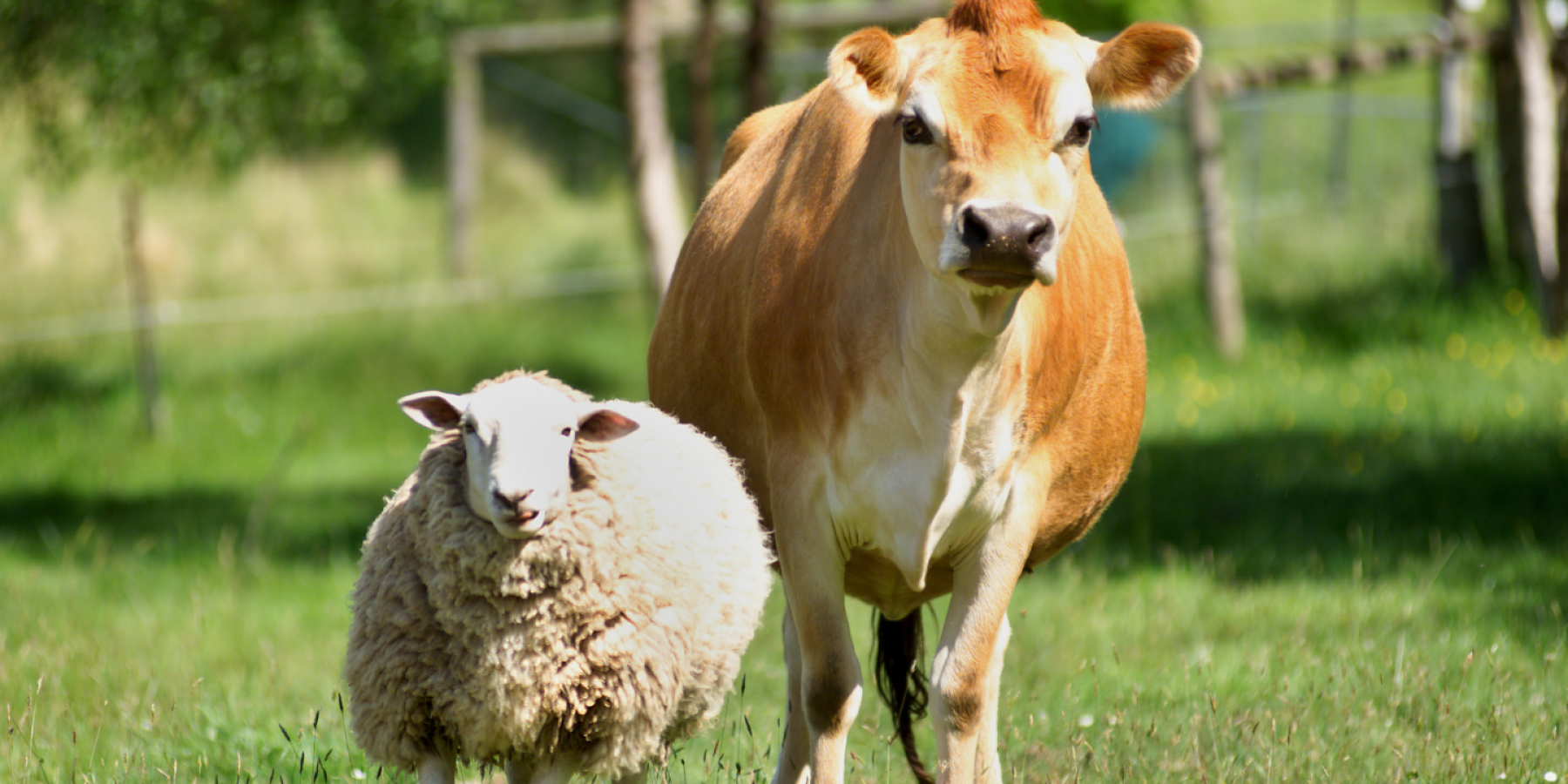 Most people know that animals are exploited for food, their milk, their skin and most other parts of their bodies but are unaware of the extra layer of exploitation, a hidden layer of suffering from the animal experiments that are driven by the animal agriculture industry.

The link between animal experiments and animal agriculture is no secret, the Ministry for Primary Industries openly acknowledges it. In their latest animal usage report, they stated that:

“In general, the majority of animals used for RTT in New Zealand are agricultural animals. This was the case again in 2019 with nearly 50 percent of the total of 315 574 animals reported to MPI being farm animals.”

It is clear that we can’t properly campaign to end animal testing in NZ without addressing the exploitation of animals by the animal agriculture industry.

The most commonly used animals for science in NZ are cattle, with approximately 100,000 of these animals being used each year.

Thousands of cattle are used in Aotearoa every year in research aimed at trying to make more money for the animal agriculture industry. This research includes:

Read more about how cattle are used in science here.

Examples of how animals are used

The calf blood industry is a good example of how these young animals are used for science. It is exactly what it sounds like – taking the blood of calves and calf fetuses so it can be used in research.

Fetal bovine serum is taken from foetuses that have been removed from their mothers in slaughterhouses after they have been killed. A needle is injected into the foetus’ heart, and the blood is pumped out. The foetuses have to be alive during this so that their blood comes out easier. They also have to be at least three months into the gestation period to ensure that their heart is large enough to puncture.

Newborn Calf Serum is sourced in a similar way, calves who are 20 days old, or younger have their heart punctured and are bled to death.

These products are used as a media base and growth supplement in many different types of research. Read more about how cattle are used here.

In one experiment, piglets were put in chambers that were filled with different combinations of gas meant to suffocate the piglets. This was done to research different slaughter methods for pigs. The researchers then measured escape attempts and laboured breathing to measure how stressed the animals were before losing consciousness. The summary of this study was that all gases tested caused signs of stress and hence alternative methods of euthanasia need to be evaluated. You can read more about this experiment here.

To try and improve reproductive performance in female deer, studies are conducted to try and see if different factors affect things like failure to conceive, fetal loss, stillbirth, and postnatal losses. For example, if the presence of different parasites affects the rate at which female deer lose their babies.

Goats have been used in experiments aimed at trying to evaluate alternative methods of removing the horns of baby goats used in the goat milk industry. In one experiment, 50 female baby goats were taken away from their mothers 24 hours after being born. They were sent to a research farm when they were just three days old. The fur was clipped away from their horn buds, they were placed in a restraining device and they either had their horns removed by a hot iron heated to 600°C, a paste that burns tissue and prevents horn growth, with liquid nitrogen or by injecting oil directly into their horn buds. Researchers then tried to measure the differences in immediate and longer-term pain.

Sheep have been put in respiratory chambers for different lengths of time to measure the amount of methane that they produce in research aimed at breeding sheep who burp and fart less. In other words, to create sheep that produce less greenhouse gas emissions.

What you can do

Learn more about the issue

Animals who have a hole surgically made into the side of their bodies.