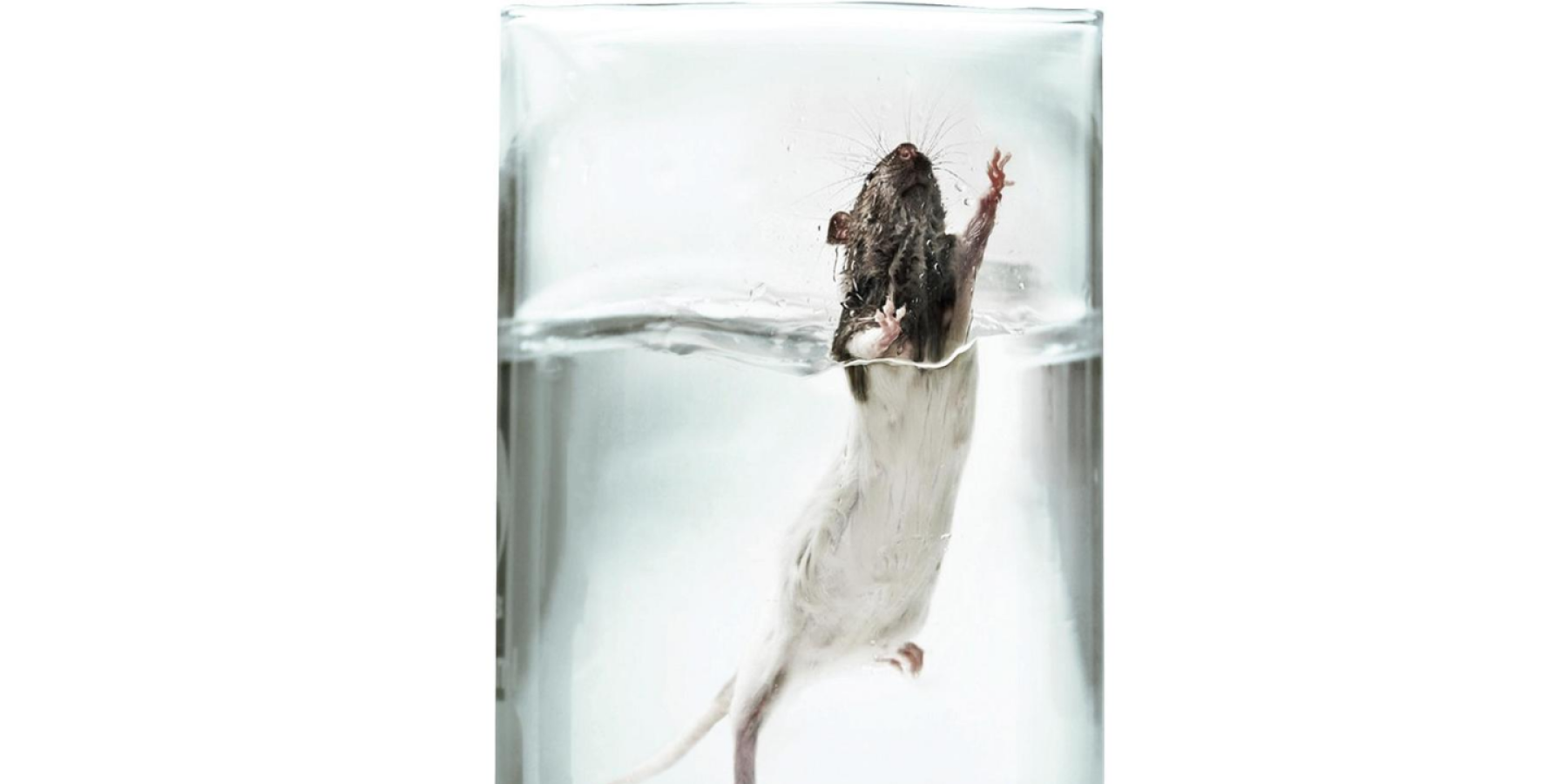 What is the Forced Swim Test?

The Forced Swim Test is an animal test that involves forcing small animals such as rats or mice to swim in an inescapable beaker of water until they ‘give up’ and float. Some researchers use the test as a misguided attempt to mimic depression or hopelessness in humans.

Why the Forced Swim Test is invalid

The Forced Swim Test doesn’t predict how humans will respond to drugs and has no relevance to human depression. The causes of depression are not adequately understood yet - many different factors could contribute to symptoms of depression in humans. Trying to replicate a complex human condition by dropping mice or rats into inescapable beakers of water is questionable, to say the least!

Scientists themselves are speaking out against the Forced Swim Test due to its lack of merit. PETA scientists have found that in 30 years (from 1989 to 2018), experimenters gave animals 47 different test drug compounds before subjecting them to the Forced Swim Test. 36 of them "showed promise" based on the invalid interpretation of the test. But exactly zero of those are now on the market to treat human depression.

An analysis conducted with data from four major pharmaceutical companies found that the Forced Swim Test was less predictive than chance at determining if a compound would have antidepressant efficacy in humans.

A groundbreaking study published in the leading scientific journal Nature highlights the need to end the use of mice in cruel depression experiments. In this study, 64 researchers analyzed the brains of mice and humans and found substantial species differences in types of brain cells and the ways they produce proteins critical to neuropsychiatric function. The authors noted numerous “failures in the use of [the] mouse for preclinical studies” because of “so many [species] differences in the cellular patterning of genes.” Find out more here.

Read more about the invalidity of this test here.

Why the Forced Swim Test is being used

In the 1950s, it was thought that the longer an animal in water struggled before ‘giving up’ and floating, the less depressed that animal was. This supposedly showed that the antidepressant had worked and contributed to making the Forced Swim Test become a routine part of testing experimental treatments.

But we’ve learned a lot in the past 60 years – including that the Forced Swim Test is not a valid way to measure if an antidepressant works. In fact, the evidence now shows that the behaviour of the animal in the Forced Swim Test represents a survival strategy rather than a state of ‘depression.’

Where the Forced Swim Test has been used in NZ 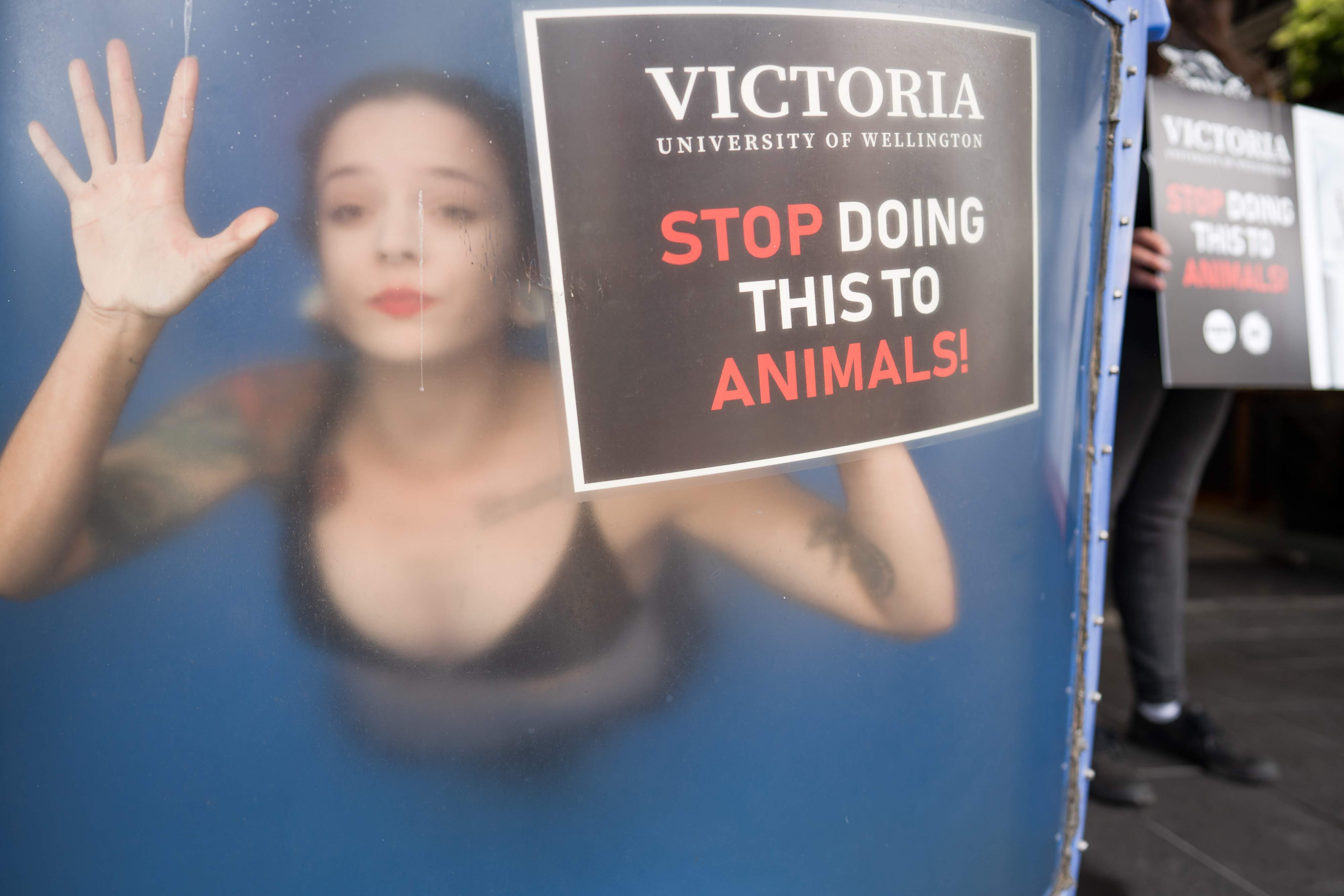 More than 95% of drugs that appear to work in animal experiments fail to lead to drugs or therapies for humans.[1]This means that there is a high probability that antidepressants thought to be of potential use for humans will subsequently be abandoned based on the misleading results of the Forced Swim Test.

Depression is a serious condition that affects many Kiwis. Between 50-80% of New Zealanders will experience mental ill-health including depression or addiction challenges at some point in their lives.[2] Therefore finding effective treatments is paramount. Our best chance of finding these treatments is by using human-relevant research methods that produce valid results.

The Forced Swim Test highlights just how ridiculous the claim is that animal models can predict the human response and go on to save human lives. In the same way mice in cylinders of water with no way of escape, don't accurately model human depression, animals used in cancer, stroke, diabetes research and as a model for any other human illness, is a complete waste of time and resources.

Tests that could be used instead

There are already many reliable methods to test drugs meant for humans without using animals. These include computer modelling of human systems and drug repurposing programmes. According to the Citizens for Alternatives to Animal Research and Experimentation (CAARE) other reliable methods include functional magnetic resonance imaging (fMRI) which has been used to predict which patients will respond best to antidepressant treatment,  diffusion tensor imaging and examining brain tissue from deceased donors to identify genes involved in depression and other psychiatric illnesses.

In addition to these humane and scientifically valid methods, more time and resources should be spent on developing additional effective tests. Read more here.

The wastage of time, money and other resources

The annual cost of serious mental illness, in New Zealand, is an estimated $12 billion,[3]which highlights the need for human-relevant research to be prioritised.

Research funding is finite. Due to its lack of translational value to humans, each instance in which time or money is spent on research involving the Forced Swim Test is a waste of these valuable resources that could be better allocated elsewhere: towards human-relevant research methods and improving mental health care programmes already in place.

This means that four of the top five pharmaceutical companies worldwide (in terms of revenue), and also ten of the top 20, have committed to no longer use the Forced Swim Test.

This shows that even the pharmaceutical industry is recognising this test as outdated and irrelevant.

Public support for a ban

In July 2020, PETA reported that the Taiwan Food and Drug Administration decided to end all animal tests in its draft regulation for marketing foods and beverages using dubious anti-fatigue health claims. According to the report, previously thousands of animals were subjected to the Forced Swim Test for these claims.

Over 25,000 people signed the petition asking for the NZ Government to not only ban the Forced Swim Test in NZ but to also conduct a full review and evaluation on the validity of animal-based psychological tests in NZ. This was submitted on World Animal Day (4th October 2019).

We were then invited to present to the Economic Development, Science and Innovation Select Committee (20th February 2020). After our presentation, the committee concluded that the test is largely useless for science but did not want to ban it! Their reasoning was that the test is going to die out anyway. In another decade or so, they suspect no one will even be using the test anymore.

We haven't stopped there, we are now working behind the scenes to encourage universities in NZ to take action against the use of the Forced Swim Test! 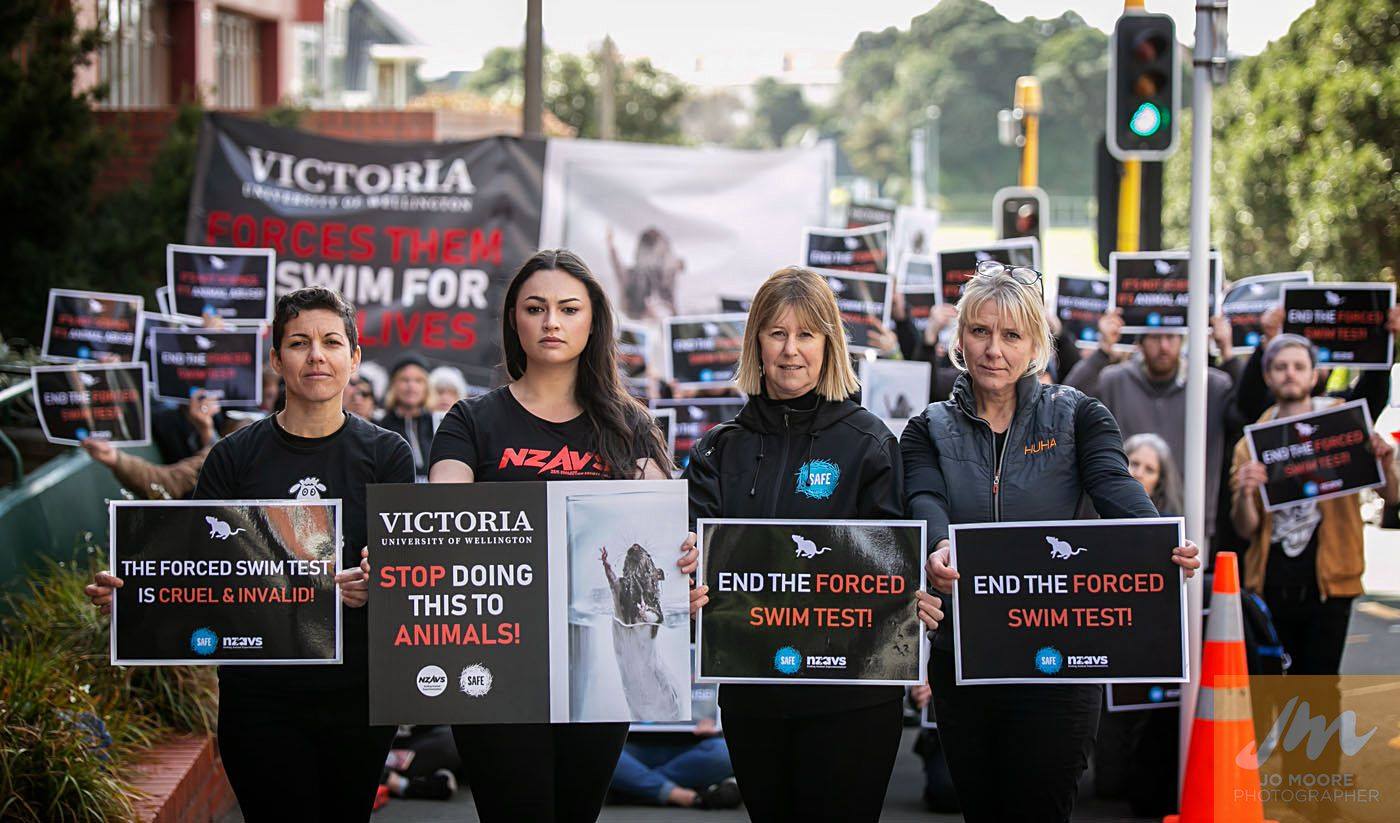 Over 25,000 people signed the petition asking for the NZ Government to not only ban the Forced Swim Test in NZ but to also conduct a full review and evaluation on the validity of animal-based psychological tests in NZ. This was handed into Parliament on World Animal Day (4th October 2019).

Follow the progress of the petition and find the latest campaign updates here.

The petition Donate to this cause