DONATE NOW
WE DID IT!! - No Animal Testing of Legal Highs Allowed 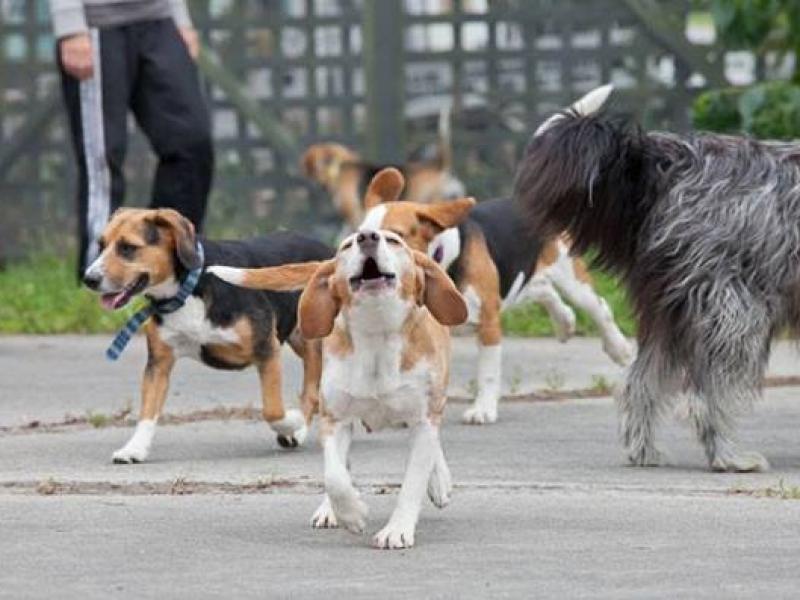 WE DID IT!! - No Animal Testing of Legal Highs Allowed

It all started in September 2012 when NZAVS discovered the full extent of the animal testing being planned for legal highs.

The Ministry of Health was set to require multiple animal tests on large and small animals; every product approved could have required over a hundred animals used in the testing. And for what? Unreliable test results that get it wrong a lot more often than they get it right.

Now, close to 19 months later, thanks to the work we started not one single animal will be used for the safety tests. The government has done what it is meant to do and set in law what the voters wanted - a total ban on all animal tests in the testing regime for approving legal highs. Starting with our initial research, and helped by advice from the PCRM and PETA's Regulatory Testing Division, we developed the solid base for the campaign.

At the centre of this was an easily understood summary of the proposed animal testing, and a comprehensive report covering the non-animal tests available as well as showing the inherent flaws in an animal testing based regime. The advice from the PCRM and PETA was included as an appendix in our submission on the Psychoactive Substances Bill and can be read here (appendix one, pg 22). Our first step was to take the information to the Minister responsible, Peter Dunne, and to the Ministry of Health. If they were to see the sense in ruling out animal testing themselves it would have been an easy job.

At this stage, the tests to be required weren't set in stone and the legislation was not written. We let them know of many non-animal tests that could be used and spoke to them of the level of public outrage we expected. None of this though was successful in convincing them to even reduce the animal testing requirement, let alone come close to what we said we wanted - a complete and total ban on all animal testing in law.

As talking directly to the Minister was not getting anywhere we brought all this to the attention of Green MP Mojo Mathers. Her shock at the level of animal testing planned was obvious and heartfelt. She knew immediately this would be an issue that people would be passionate about.

The front page stories on two national newspapers that soon followed showed that this was indeed the case. This coverage led to a collaborative petition that NZAVS organised with SAFE and the RNZSPCA. NZAVS put together and published a website with information to support the petition, this was done with financial assistance from the RNZSPCA and SAFE.

This petition gained close to 70,000 signatures in the six weeks it ran for. It was supported by a huge groundswell of grass-roots activity from all around the country that was an essential part of its success. In May 2013 the petition was presented to Mojo Mathers who submitted it to Parliament. The petition presentation was a hugely successful event thanks to the massive level of support shown by the HUHA animal sanctuary.

HUHA have a special place in their hearts for animal testing issues since they rescued and rehomed beagles from the now-closed Valley Animal Research Centre. They came along with the beagles to show their full support for the campaign. The event had coverage on both main national TV news shows that evening, and extensive print and radio media coverage. First Round of Submissions

Unfortunately, the petition requests for an animal testing ban in the legislation regulating legal highs were denied by the National-led government. The Minister in charge of the legislation, Peter Dunne, had told NZAVS that the best way to get our point across was to make submissions on the Bill. This we did and we encouraged many more people to do so. We don't know how many were sent in, a lot were submitted directly online, but we do know many hundreds were received by our office and sent to Parliament by NZAVS on behalf of the submitters. All of these were rejected and returned unread despite the Minister saying it was the best thing people could do to have their voice heard.

We may have not got the full ban we were asking for but the government did waver from their original plan. Instead of no mention of the testing regime, and animal testing, in the law they changed the legislation in an attempt to appease the public outcry. Now no animal testing when a "suitable alternative" exists, regular reviews of available non-animal tests would be conducted, and NZ's Animal Welfare Act (AWA) requirements would need to be met for any animal testing carried out overseas. Of course, as this would still allow some animal testing we were not going to stop!

The rest of the year saw pressure constantly applied to the government. They were shown that the issue was not going to go away. HUHA led spontaneous marches all around the country in July 2013 supported by NZAVS. We played a lead role in the Christchurch march and supplied a written report that was simultaneously presented at the marches to MPs electorate offices in 10 centres, as well as at Parliament. People that had never been on a march before in their lives clamoured to help and organise events in their centres. With only a couple of weeks from concept to marching, NZ saw the biggest series of nationwide marches for an animal related issue in its history. The people spoke, the government heard but still they did not introduce the ban.

Second Round of Submissions

As international animal testing was required to meet the AWA a ban in that legislation would effectively be a total ban. NZAVS again submitted on the Bill and helped many more hundreds of people do the same by offering the same assistance as we did last time - published a guide submission and allowed people to Freepost them to us to forward to parliament on their behalf. This time they were all accepted!

NZAVS went to Wellington to do a presentation on our submission to the Select Committee in person. This went extremely well and we seemed to have the vast majority of MPs agreeing with all our key points, with the odd exception of one MP from the party that put forward the amendment we were there to support. We were questioned in detail on the impact of a ban and were able to answer all their questions fully. This was at the end of 2013 and then we had to wait for them to report to Parliament with their decision.

Throughout the rest of the year, the pressure was still being quietly applied, we never let up. Talks with the Ministry of Health led to Humane Society International (HSI) being represented on the Psychoactive Substances Expert Advisory Committee (PSEAC). HSI Director of Research and Toxicology Troy Seidle had attended a meeting with the Minister now responsible, Todd McClay, that NZAVS organised and was also attended by representatives from SAFE and HUHA. His expertise and knowledge had impressed the ministry officials enough for them to extend an invite to him.

The expert advice from HSI added further weight to our campaign and it was hoped Troy's input and advice would be utilised by our government so they would introduce a non-animal testing regime even if the law didn't require them to do so. HUHA organised further discussions to reinforce our collective position and keep the pressure on, NZAVS attended along with representatives from other groups like SAFE and Paw Justice.

This work was on-going when suddenly in the last week of April 2014 the government announced they would remove all legal highs from sale until they had gone through the testing regime. This again threw the spotlight on what the testing regime would look like.

NZAVS and HUHA responded immediately with a joint call for people to ask for an animal testing ban. This was instantly taken up by a huge number of New Zealanders and spread like wild-fire, reaching over a million people on social media in a matter of days.

Other campaign groups quickly followed suit and added their voice to this call. The Labour Party launched an online petition in the same week that saw over 40,000 people sign up in support in just two days.

This instant overwhelming wave of pressure saw the government waver and do what they are there to do - listen to the people and respond. And respond they did. On the morning of Monday, the 5th of May Prime Minister John Key made a historic announcement - a total ban on all animal tests would be implemented that week.

A testing regime that only used non-animal tests would have to be put in place. The government did its core job - representing the wishes of the people it represents. The next day Parliament went into urgency and at 10 pm that evening the animal testing ban was passed. It is now law, New Zealand will not allow any animal testing to be done to try and show a drug is safe for recreational use. The people spoke up for animals and against animal testing and made a difference. Every one of us should feel proud of this and needs to be congratulated, far too many to try and list even if it would be possible to name all those who put so much into this campaign - well done New Zealand for speaking up and thank you!

Important note: The success of this campaign was due to the collaborative efforts of many organisations and people who came together to protect animals from legal highs in NZ! SAFE, HUHA and the SPCA were some of the other key players in this campaign.