DONATE NOW
Out of the Labs Petition Presented at Parliament! 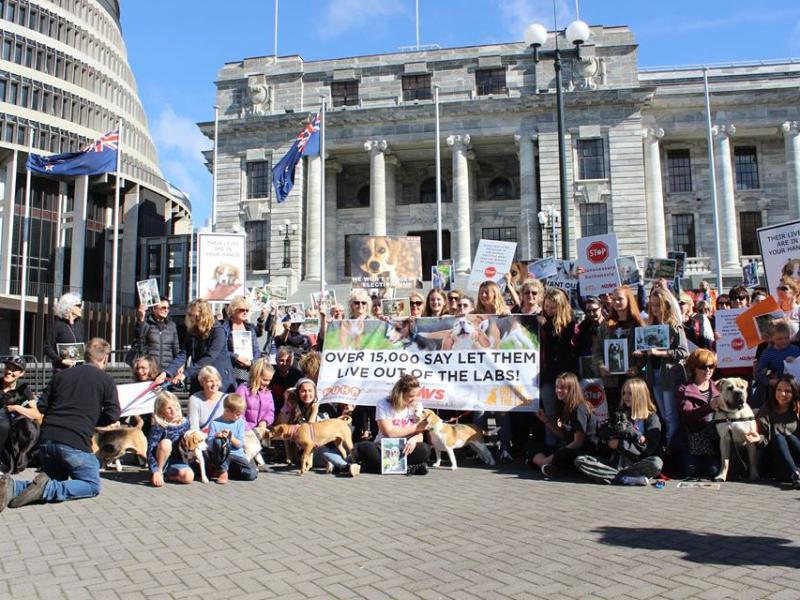 Out of the Labs Petition Presented at Parliament!

Today NZAVS presented our 'Out of the Labs' petition at Parliament! We have collected over 15,000 signatures on this petition, which asks the government to introduce a mandatory retirement policy for animals used for the purposes of research, testing and teaching, and those used to breed for these fields. Heaps of our supporters, dogs, and even a pony turned up to show their support, and Member of Parliament Mojo Mathers accept the petition on behalf of the government!

The ‘Out of the Labs’ petition asks the government to introduce a mandatory retirement policy for ex-lab animals. This would require labs and the facilities that breed animals for the purposes of research, testing, and teaching to attempt to rehome animals through registered animal rescues before euthanasia is considered.

Some of the dogs who attended were beagles from HUHA’s 2011 rescue from Valley Animal Research Centre. These beagles have been rehabilitated and rehomed, and have become loving family members. We think all ex-lab animals deserve the same opportunity.

Read more at Radio New Zealand and One News. Thanks again to everyone who came!