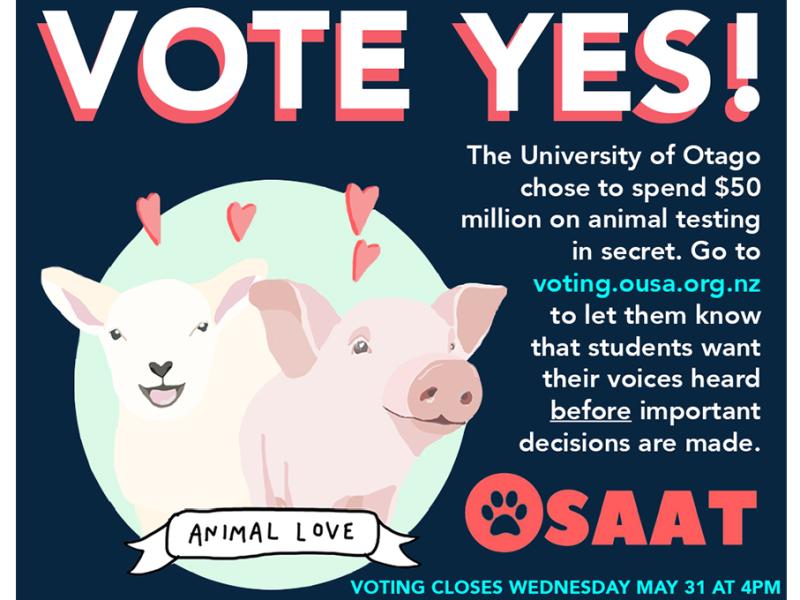 Otago Student Referendum Shows Students Do Not Support the Lab!

The results of the OUSA student referendum are in, and the majority of students don't support the University of Otago spending $50 million on a new animal lab!

The University of Otago argues that the new $50 million animal lab will ensure its position as a prominent tertiary education provider, but unfortunately, the students do not agree!

NZAVS particularly wish to thank the Otago Student Animal Legal Defense Fund and Otago Students Against Animal Testing clubs for their help making sure students knew about the referendum!

We think it's important that students get a say at what happens at their universities! After all, without students, a tertiary institution wouldn't exist!

We also asked our non-student supporters to encourage students to vote on this issue! See all the people below who said they would vote YES to ask the OUSA to lobby the university to cease development on the lab!

We are stoked about this result! We hope that issues such as this will have fundamental changes on the way the University of Otago does things in the future!