DONATE NOW
RANZCOG Has Now Ended Their Plans to Use Live Sheep! 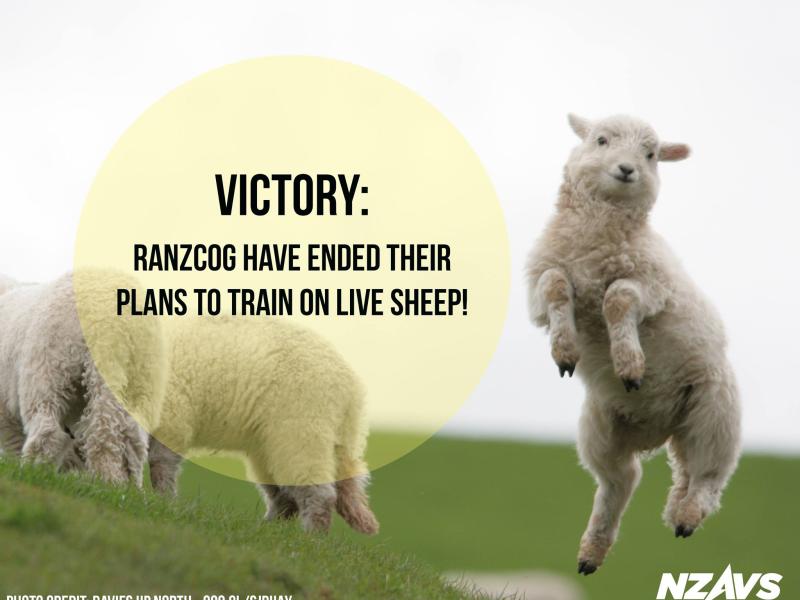 RANZCOG Has Now Ended Their Plans to Use Live Sheep!

RANZCOG has now ended their plans to use live sheep to train on at their upcoming conference.

After hundreds of our supporters sent a message to RANZCOG and/or signed the petition asking RANZCOG to make the right decision, they have announced that they will be cancelling the workshop that involved using live sheep for laparoscopic training.

The Royal Australian and New Zealand College of Obstetricians and Gynaecologists (RANZCOG), was planning to use live sheep to teach surgeons how to do gynaecological surgeries on live sheep at their upcoming conference, despite the existence of better and more humane methods.

We were concerned for two main reasons: for the well-being of future human patients, and the wellbeing of the sheep they are performing surgery on.

We reached out to RANZCOG to find out if they had considered using one of the many viable non-animal based methods that currently exist instead. Their response was to remove all reference to the sheep from their website.

We then contacted the RANZCOG Board, Council and the Conference Organising Committee members urging them to stop their plans to use live sheep and use a better, more humane method instead.

We received a disappointing response, RANZCOG were still planning on going ahead with their plans to use live sheep to train obstetricians and gynaecologists at their upcoming laparoscopic training workshops being held at Middlemore Hospital in Auckland on the 27th and 28th of October. They must have been embarrassed about it because they then removed all mention of the laparoscopic workshop from the annual scientific meeting programme!

NZAVS had even offered to help source alternative equipment that could be used instead and could train the students better.

We then started inviting our wonderful supporters to send an online message (see the full letter below) to RANZCOG, urging them to end their plans to use live sheep and instead use one of the more scientifically sound and humane options.

Full letter sent to RANZCOG by many of our supporters:

I am sending you this email because I am concerned about your organisation’s use of live sheep for laparoscopic training during the Annual Scientific Meeting being held at the end of October in Auckland. I am troubled for two main reasons: for the well-being of future human patients, and the wellbeing of the sheep you are performing surgery on.

I am concerned that during the laparoscopic training workshop the lack of repetition and independent assessment may have a detrimental impact on the trainees. There are many laparoscopic box trainers and Virtual Reality simulators that would allow your trainees to repeatedly attempt new surgical skills, and these training tools can objectively assess the trainee’s performance. This data could be used to ensure the trainee is improving, and compare their performance with others within the cohort.

The human cadaver model developed by Aboud, Suarez, Al-Mefty and Yasargil in 2004 would more accurately simulate surgical procedure on a human patient than an anaesthetised sheep. This model was developed over a decade ago; why is your organisation continuing to rely on archaic and inhumane animal models?

My other concern is for the welfare of the sheep you are planning on performing surgery on. As medical doctors, scientists, and researchers I would expect you already have a high respect for life. The Animal Welfare Act (1999) stipulates that one of the primary purposes of this piece of New Zealand Legislation is to promote the replacement of animals with non-sentient teaching apparatuses.

NZAVS have already sent you appropriate training devices which do not use sentient beings, and evidence showing researchers in peer-reviewed academic publications illustrating why these models are more beneficial and appropriate for laparoscopic training.

I am concerned that despite the existence of human-relevant teaching methods you are going ahead with the use of anaesthetised animals.

I urge your organisation to reconsider their use of anaesthetised sheep and instead adopt one of the human-relevant training methods NZAVS has outlined for you.

One of our amazing supporters

We also then asked you all to sign an online petition that our Auckland Volunteer Coordinator Sylvia Mathews created.

Thank you so much to the many people who sent an online message and signed the petition. Enough people sent a message for RANZCOG to realise how important this is!

Together we did it — live sheep will no longer be used to train on at the upcoming conference! We also want to thank RANZCOG for listening to and respecting public opinion. Read more here. 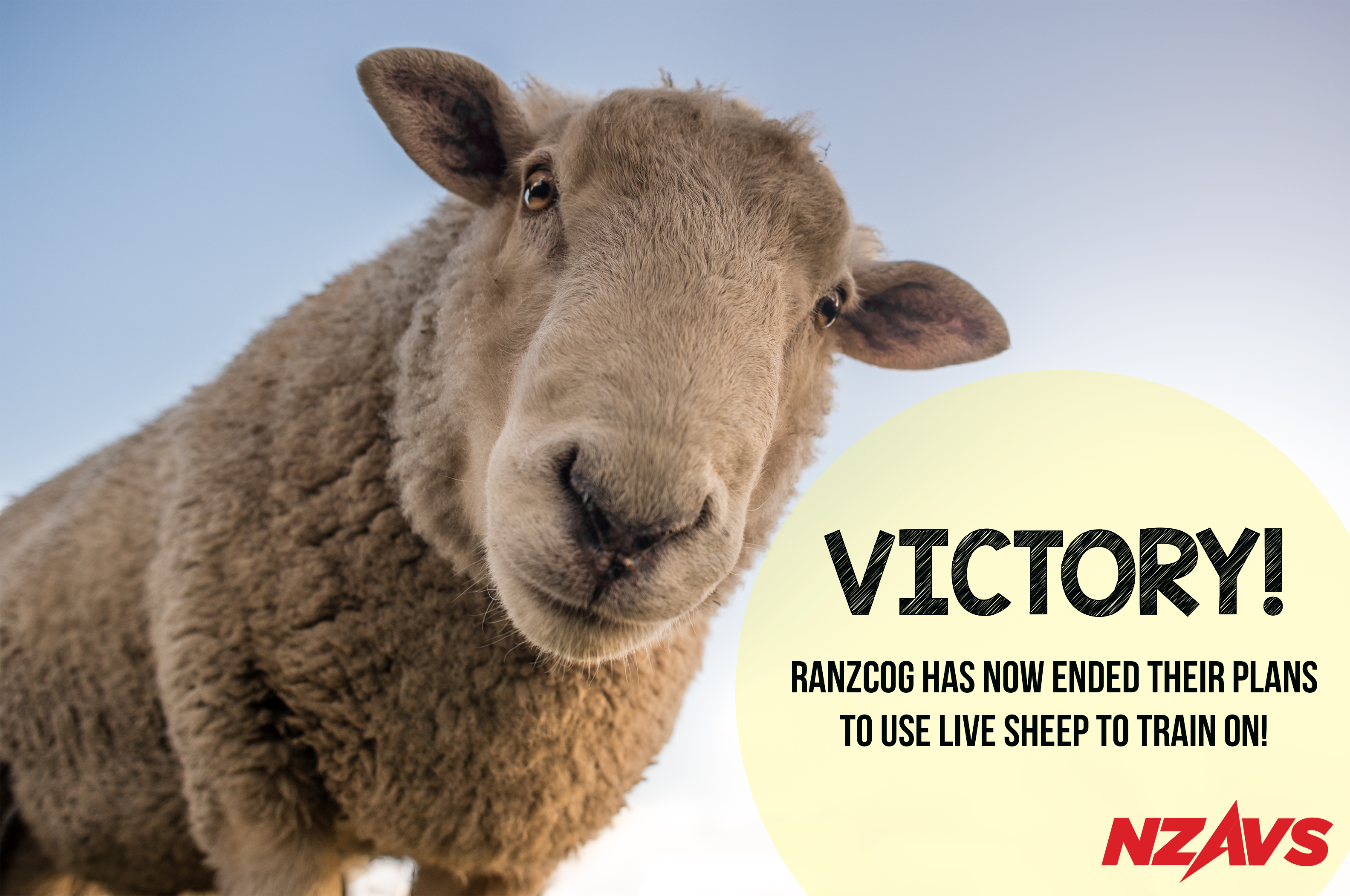