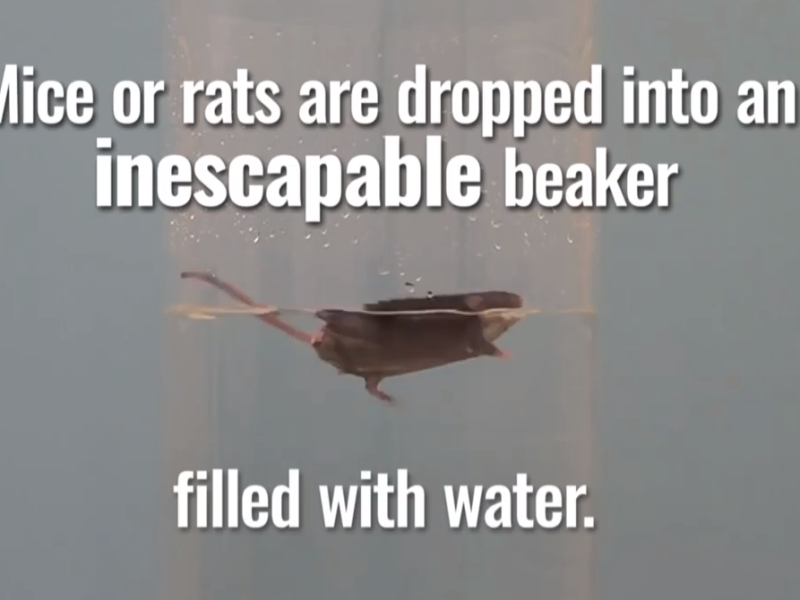 The New Zealand Anti-Vivisection Society (NZAVS) is appalled that cruel and scientifically flawed “Forced Swim Tests” are being conducted on animals in New Zealand.

NZAVS has learned researchers at Victoria University and the University of Otago conduct Forced Swim Tests, where mice or rats are dropped into an inescapable vessel of water and are forced to swim until close to drowning. This method of testing is used to model human depression, based on the assumption that a depressed animal gives up trying to escape sooner than one that is not depressed.

“Researches are torturing animals with the aim of learning more about human behaviour, but the reality is it’s a waste of time and innocent animals are paying for it,” says Ms Jackson.

“There is no single sign or symptom of human depression that’s effectively modelled in the test. Forced Swim Testing is completely flawed and should be discontinued based on this alone.”

“Instead of continuously using a broken model, time and resources should be spent on developing more human-relevant tests, rather than inflicting pain and suffering on animals for little scientific gain. Due to the physiological and psychological differences between humans and animals commonly used in experiments, animal testing is scientifically flawed,” adds Ms Jackson.

“We are urging the Government to ban the Forced Swim Test in New Zealand and conduct a full review on the validity of all animal tests for psychological research.”