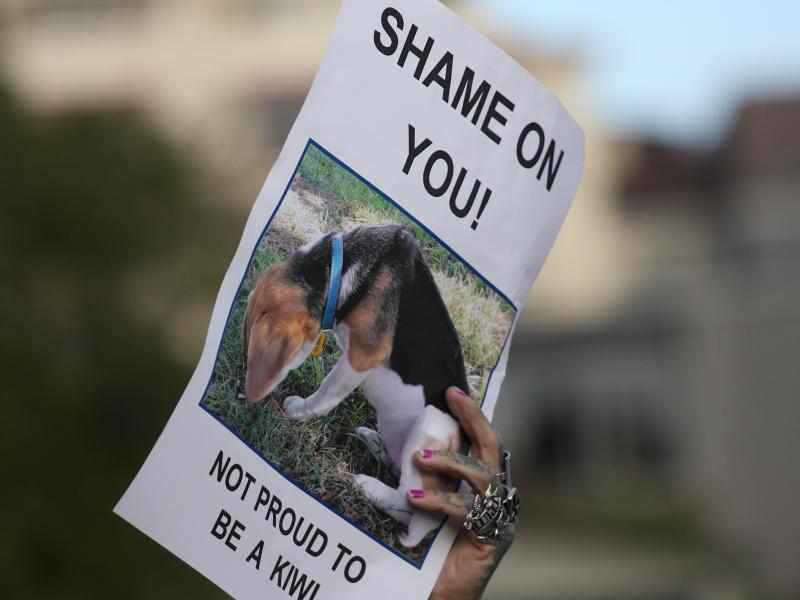 A government report has sparked controversy by mentioning the possibility of testing party pills on animals. We need to ensure that any attempt to test recreational drugs on animals will be met with fierce resistance.
One of our important roles at NZAVS is keeping an eye on any legislative changes in NZ that would result in more animal experimentation so it is vital that we take this mention seriously.
We are now reminding the government that if they start testing party pills on innocent animals, they will be met with public outrage. Collectively New Zealand defeated the last government’s attempts to use animal experiments for party pills, and we will do so again if we need to.
The very idea of testing party pills on animals is absurd. No amount of testing on rats and dogs, who have biology very different from our own, is going to make it safe to take recreational drugs like synthetic cannabis.
The Psychoactive Substances Act was passed in 2013 but included a prohibition on animal testing after a fierce campaign from animal lovers across the country. A petition over 60,000 signatures strong was presented to Parliament and public demonstrations took place in many cities across NZ. The government eventually caved to the pressure and prohibited the testing of psychoactive substances on animals.
The Act included a clause that it must be reviewed within five years. The review found that the Act has failed, and blamed part of that failure on the failure to use animal tests in safety testing. The review did not include a wider scope of non-animal-based test methods to the Act, however. This means that the officials would not necessarily have considered other options. They could only consider the scope of the Act.

This review found that “the Psychoactive Substances Act has not achieved its purpose of protecting health and minimising harm”.

According to the review, the failure is because of three main reasons:

1. “Animal testing provisions limit the ability to prove that products are low risk and can, therefore, be approved.”

2. “The continued supply and use of unregulated products has arguably made monitoring and management of associated risks more difficult.”

3. “Offences and penalties may be disproportionate to the harm posed by the increasing availability of high-risk products.”

The review also goes on to state that “the Psychoactive Substances Act cannot work as intended unless the principle that animals must not be used in trials for the purposes of assessing whether a psychoactive product should be approved is removed.”

Read the full review of the Psychoactive Substances Act 2013 by the Ministry of Health here.

We fully support the government’s desire to minimise harm to humans, but they cannot do that by testing these drugs on animals. We are launching a campaign calling on the Government to keep the focus on alternative methods of reducing harm and pursuing other means of reducing drug harm.

Today we launched an email campaign targeting the Prime Minister and Minister of Health to get her to commit to keeping party pills away from animals.

Send a message to Jacinda Ardern and the Minister of Health HERE.

In the past the ban on testing legal highs on animals was supported by the Green Party, Labour, New Zealand First, ACT and the Mana Party. We hope that this support still remains today.  Keep an eye on our website and facebook page for updates!