DONATE NOW
Opinion: University of Otago To Go Ahead With $50 Million Animal Lab, But Will They Make Any Positive Change for Animals? 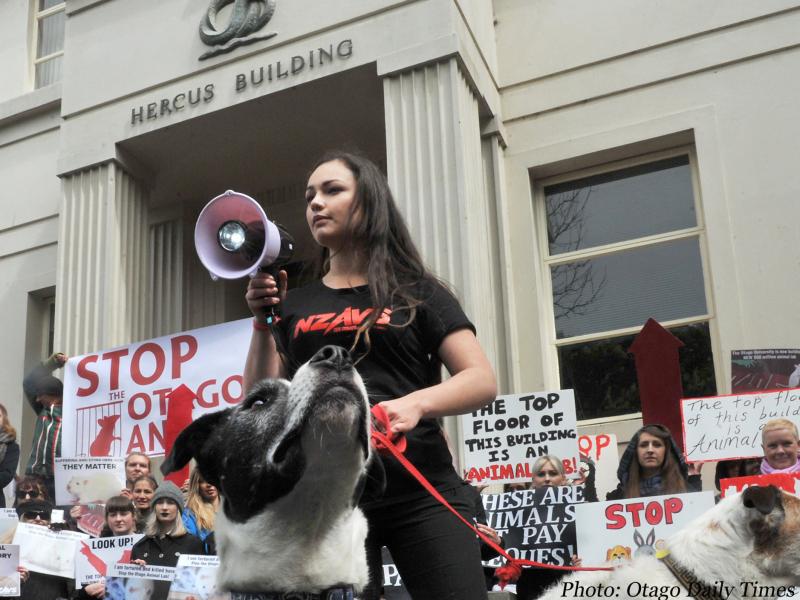 Opinion: University of Otago To Go Ahead With $50 Million Animal Lab, But Will They Make Any Positive Change for Animals?

An opinion piece written by our Executive Director, Tara Jackson.

The University of Otago announced in 2016 that they were going to build a new animal research facility worth a whopping $50 million. Regardless of the instant public opposition and multiple public protests, the university has steamrolled ahead. The animal lab is sadly expected to be completed next year.

By the end of 2020, animals will enter this building for the first time, and many won’t make it alive or even in one piece. How’s that for a visual?

While my anger and disappointment are undoubtedly obvious, what is harder to pick up on is my remaining sense of hope. Hope that the public outrage caused by this backwards announcement has left some kind of an impact on the staff and key decision makers at the University of Otago. Hope that this has sent a message to other tertiary institutes, a warning not to make the same mistake. And hope that the ‘old uncle’ of universities in New Zealand shakes off the instinct to stay set in his ways and continue doing what ‘he’s’ always done…

No matter how cruel or scientifically flawed the experiment, a commonly attempted justification to hurt animals for “science” sounds something like “but we had to do it, there was no other option.” There is a very easy way to challenge this claim – prove that there are viable replacements and point out where they haven’t been used.

A very basic example is the use of animals for dissection purposes, i.e. cutting up a (now) dead rat to learn what rat reproductive organs look like. There are countless alternatives to using animals to teach basic anatomy including models and manikin, computer programmes, augmented reality apps and videos.

The existence of these alternatives isn’t a secret, in fact, a number of countries including the Netherlands, Switzerland, Argentina, Slovak Republic and Israel no longer conduct dissection exercises, and India has banned the dissection of animals in zoology and life sciences university courses.

I think that replacing the use of animals in dissections is such a low-level change that would have very few implications, aside from saving animals, a possible increase in academic outcome for students and an increase in respect for animals amongst students. If a so-called “world-leading” institute can’t even make that small of a change, then what direction are they really leading us? Hint: It isn’t forwards.

The University of Otago has now been asked a simple question, will they commit to not partaking in the killing of animals for the purpose of animal dissection teaching exercises?

If the University of Otago answers with a yes: They are willing to make a small (and long overdue) change. If they answer no: They will show Aotearoa and the rest of the world that they are stuck in the past and unable to make a progressive change for both animals and students.