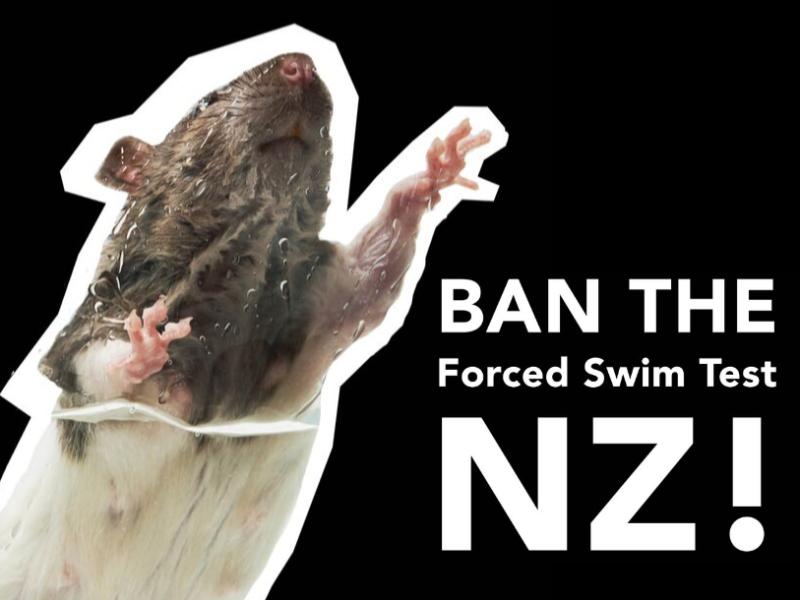 In January 2019, we launched a petition to Parliament asking for an immediate ban on the Forced Swim Test in New Zealand. The petition also asks that a formal review and evaluation is conducted by Parliament on the validity of all animal-based psychological tests used in New Zealand. Over 20,000 people have signed this petition!

This animal test is not only scientifically invalid, but it’s also cruel to animals. October the 4th is World Animal Day, a fitting day to formally submit our petition to Parliament and demand change for animals.

Our focus will be on sending the strongest possible message to decision-makers, asking that they listen to the thousands of Kiwis wanting change for animals. New Zealanders are calling for the use of better science and an immediate ban on the use of the Forced Swim Test in NZ!

Help highlight the massive public opposition to the Forced Swim Test by joining us to deliver the petition to Parliament. Bring your family and your friends and help us demand change for animals, science and people!

We will provide signs and banners so no need to bring your own! Dogs on a leash are also welcome to come.

P.S.This is a non-confrontational, peaceful and fully legal event. We are allowed to be on Parliament steps, and we have booked in the use of this space. We have also organised this event with Parliament Security.