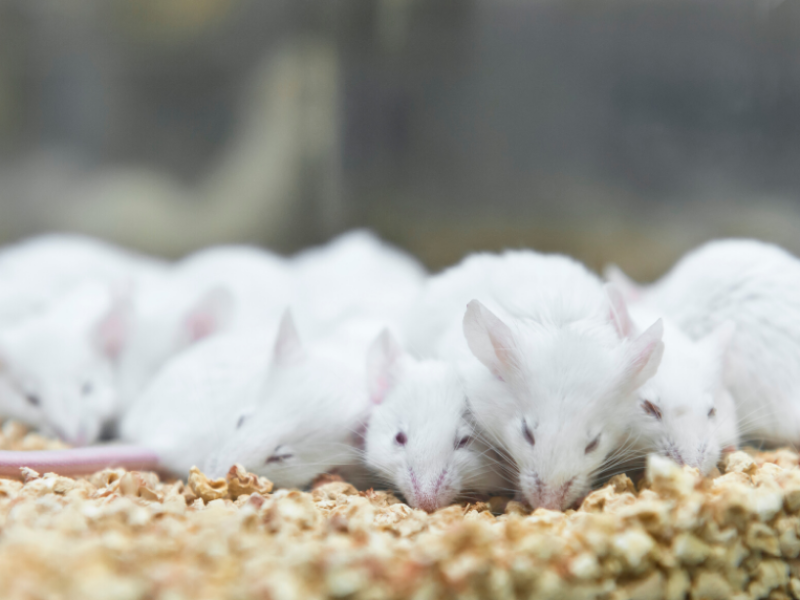 The LD50 test is an outdated and generally abandoned acute toxicity testing method developed in 1927.1 It involves feeding increasing doses of a test substance to animals to discover what dose kills 50% of them within a specific time frame.

The LD50 test has never been scientifically validated against human data. Meaning that animals should never be used in this test to try and predict the toxicity of a substance to humans.

To highlight the scientific problems with this test further, see the table below which shows that the LD50 value of a test substance can vary a lot between different species:

All institutes replied saying no to both questions which is positive news!

The not so great news is that private companies aren’t subject to the Official Information Act. This means that we can’t ask the same questions to all institutes, organisations and individuals using animals for research and testing purposes in NZ. In short, because of how well hidden the animal experimentation industry can be, we can’t know for sure if this test has recently (or is currently) being used in NZ.

Andre Menache is also a scientific advisor for NZAVS.

The LD50 test is as cruel as it is unscientific. The symbol stands for the lethal dose of a substance required to kill 50 percent of the test animals. The classic LD50 test, developed in 1927, has, since the end of the 1970s, been widely criticised for both scientific and animal welfare reasons. The LD50 test is recognised by regulatory authorities as being in the ‘severe’ category since the death of the animal is often the endpoint of the study.

While the use of animals to test pharmaceutical drugs is regulated by the US Food and Drug Administration and the EU European Medicines Agency, the safety of other substances, such as pesticides and industrial chemicals is regulated by the Organisation for Economic Cooperation and Development (OECD). Their Test Guidelines represent a collection of internationally agreed test methods used by government, industry and independent laboratories. These test guidelines were developed in 1981 and serve all OECD member and partner countries. Section 4 of the list of test guidelines describes the actual animal procedures. These include acute poisoning tests (oral, dermal and inhalation toxicity that may last from several hours up to 14 days), chronic (repeated dose) poisoning tests that last 90 days, as well as tests to establish skin irritancy, skin sensitisation, eye irritation, reproductive toxicity studies, cancer studies and more.

In 2002 the original LD50 test (OECD Test Guideline 401) was deleted from the OECD guidelines, and replaced by modified versions of the LD50, requiring fewer animals. These are the fixed-dose procedure (TG 420), acute toxic class method (TG 423) and the up-and-down procedure (TG 425). As an example, Test Guideline 423 (Section 4 - one of the Acute Oral toxicity methods) requires administering the test substance to female rats in a single dose by gavage using a stomach tube. Three animals are used for each step. The dose level to be used as the starting dose is selected from one of four fixed levels, 5, 50, 300 and 2000 mg/kg body weight. The starting dose level should be that which is most likely to produce mortality in some of the dosed animals. Animals are observed individually after dosing at least once during the first 30 minutes, periodically during the first 24 hours, with special attention given during the first four hours, and daily thereafter, for a total of 14 days, except where they need to be removed from the study and killed for animal welfare reasons or are found dead.

How can we as concerned individuals get rid of this old science that dates back to 1927? An exceptional success story illustrates the formula required to motivate industry to replace these animal experiments. The LD50 traditionally used in the potency testing of Botox (botulinum toxin) by its manufacturer, Allergan, was replaced by a completely cell-based non-animal test method in 2011. This was the culmination of a well-orchestrated awareness campaign waged by the Humane Society of the United States.

The key to success was informing and mobilising public opinion. Millions of mice have thus been spared a cruel death. Apart from this rare example, industry is certainly guilty of animal abuse in the form of corporate inertia in the field of regulatory toxicology. The example of Botox is an incisive illustration that the biggest obstacle to the replacement of animal tests in industry is, often, not a lack of technology but a lack of will to either develop new methods or to adopt already approved non-animal methods. For a detailed description of replacement methods for toxicity testing see Toxicity Testing in the 21st Century : A Vision and a Strategy.

This is why the work we do to expose animal experimentation is vital. Each time we expose a cruel and archaic animal test, we are not only putting pressure on the industry to change but we are also educating and outraging more caring Kiwis. Together we are a force to be reckoned with and together we will end animal testing and experimentation.

Find out how you can help here.