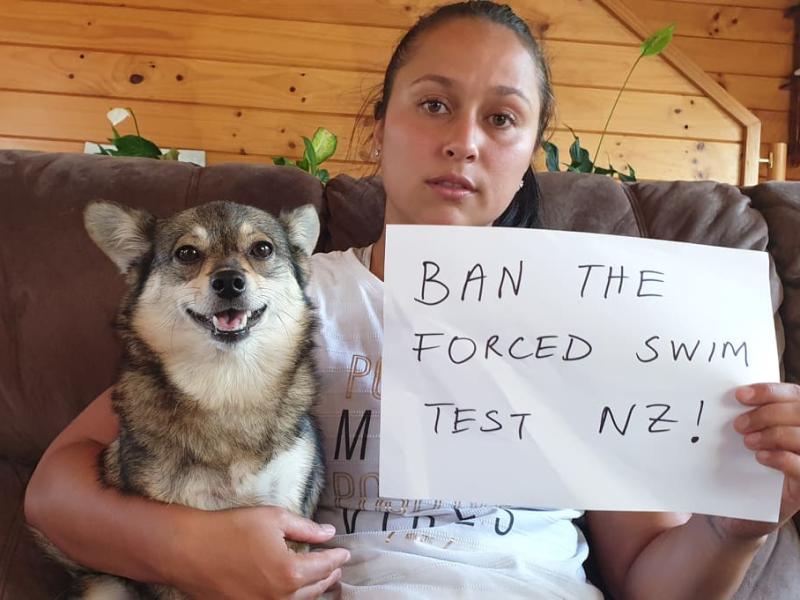 The past few months have involved a lot of planning and preparing for the ramping up of our Forced Swim Test campaign!

Our petition to ban the Forced Swim Test in NZ, that was over 25,000 signatures strong is now with the Economic Development, Science and Innovation Committee. This committee is made up of a group of MPs who will discuss the fate of our petition.

We have written and submitted a formal submission (read here) which summarises our strong ethical and scientific arguments against the use of this cruel animal test.

We have also been invited to give an oral submission on our petition at Parliament on the 20th February 2020. Representatives from NZAVS, SAFE and PETA will be presenting to MPs and trying our hardest to convince decision-makers to ban the Forced Swim Test.

We are busy doing a lot of other work towards ending this cruel animal test including further actions to encourage Victoria University to ban the Forced Swim Test. Keep an eye on our Facebook page and website for future updates.

There are many ways that you can help: