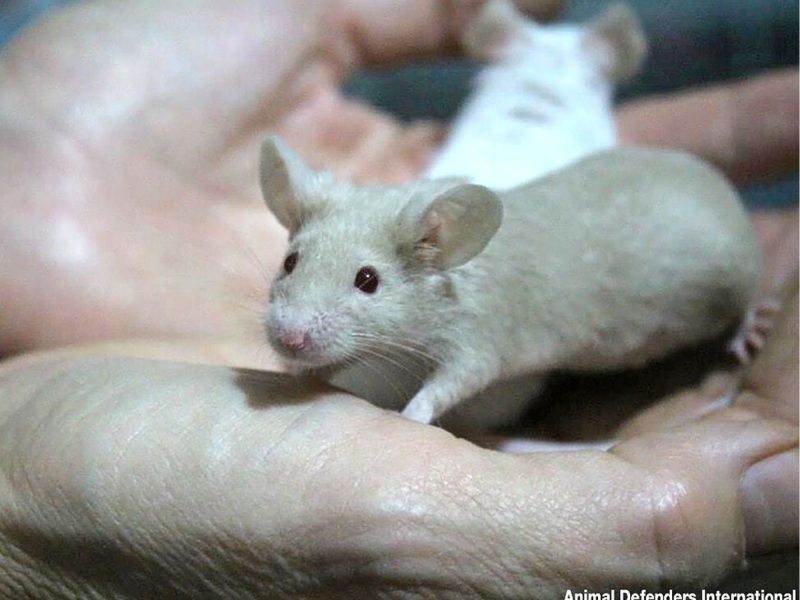 An open letter spearheaded by Animal Defenders International (ADI) and signed by nearly 100 experts, academics, and other concerned parties is calling for advanced non-animal research methods to be prioritised to accelerate the discovery and use of effective vaccines and treatments for COVID-19.

This is a fantastic initiative and highlights the risk that animal testing may very well impede the progress of usable COVID-19 treatments. We were thrilled to be invited to sign on to this open letter by Animal Defenders International.

The letter states that “significant funding and precious time is being spent on animal research…. despite the known species differences which make the results from such data unreliable when translated to humans."

The open letter can be viewed here.

Why the contents of this letter are so important:

Animal tests are not required but are still taking place

In a move to accelerate the process, the International Coalition of Medicines Regulatory Authorities (ICMRA) has advised that the usual animal disease models to test the effectiveness (efficacy) of potential vaccines for the virus are not required before proceeding to human clinical trials. Despite this, such tests are still taking place, and in some cases in parallel with clinical trials.

Although efficacy tests using animals do not need to be undertaken, before a potential vaccine can be put on the market, safety testing – for which animals will typically be force-fed or injected with a substance while restrained, and suffer debilitating, even fatal, side effects – will still be required.

Animal testing is not only cruel but is also unreliable

Due to species differences, animals respond differently to substances such as drugs, and are therefore an unreliable way to predict effects in humans. More than 90% of drugs which prove promising in animal trials fail in humans, either due to lack of effectiveness or safety concerns.

Despite this recognised, fundamental problem, laboratories around the world, including in the UK, US, Netherlands, and China, are using animals to test possible vaccines for COVID-19.

“Mice are one of the most commonly used species in drug and vaccine research” the open letter states and “in addition to major differences between human and mouse respiratory systems, species differences specific to research for SARS-COV-2 include that mice do not naturally have the same receptors the virus uses to infect human cells. Researchers are now attempting to “humanize” mice to ensure they contract the virus. Such fundamental differences risk impeding the production of vaccines and other treatments to help prevent and reduce the symptoms of COVID-19 in people.”

“While time, resources and efforts are being put into attempting to find the “ideal” animal model, advanced non-animal scientific methods, which relate directly to the disease in humans, are being progressed. These sophisticated research methods have the potential to deliver safer, more effective vaccines and treatments to the market more quickly but need more funding and support. Advanced techniques include mathematical modelling of transmission and size of the epidemic; the use of patient lung fluid cultures to study the virus genome; patient biopsy samples to investigate lung tissue damage; artificial intelligence models to predict which drugs could treat COVID-19; using antibodies from COVID-19 survivors to treat patients; human organ-on-a-chip technology emulating human lung infection for drug discovery; organoids to investigate how the disease infects human tissue; and in vitro 3D human airway cell models for evaluating drugs.”

We wholeheartedly agree with ADI President Jan Creamer who states that “There is an urgent need to tackle and treat COVID-19 and other human disease with better, faster science. To provide safer, more effective treatments to help people, we need to move away from unreliable animal research and use advanced scientific methods, more relevant to humans.”

Thank you to our allies at ADI for spearheading this potentially life-saving project!

Take action: Sign and share the ADI petition calling for animal tests to be cut to tackle COVID-19.