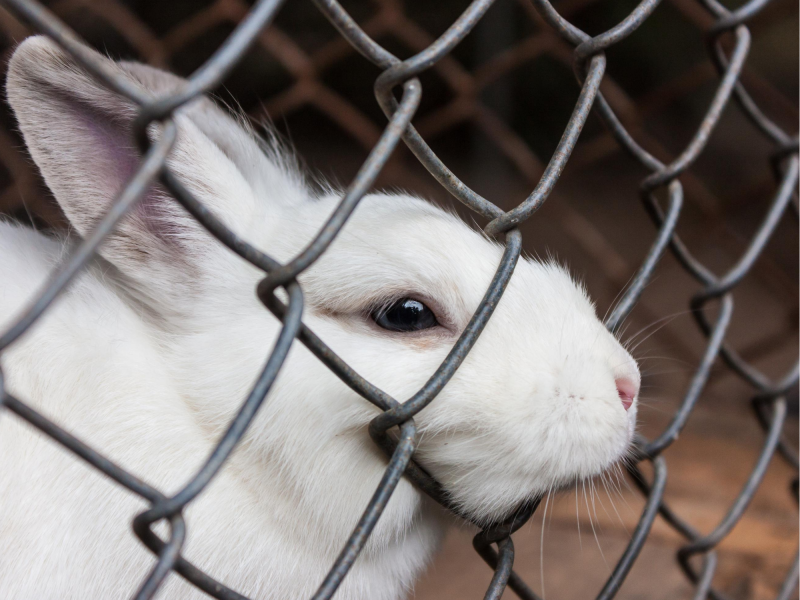 Today we have officially launched a new campaign that is putting ending animal experimentation on the governments' agenda!

Our new Striking at the Source campaign seeks to address the fundamental drivers of harmful animal experiments and will be pushing for sweeping changes that could spell the end of animal testing and other harmful uses of animals in science. We need systemic change, right down to the very core of this industry.

This is a campaign with enormous scope — it is all about long-term thinking. By changing some of the rules now, we could make huge changes over the coming years for animals suffering in labs.

Our plan is simple: replace animals with 21st-century technologies, getting relevant results and saving animals in the process.

The campaign is split into three prongs: changes in funding, regulatory oversight, and openness.

We need to be smarter about how we spend our money, keep a better eye on the industry when they do use animals, and be more open about what is actually happening to animals in labs.

Other species aren’t an effective model for humans. Moving away from that outdated model and transitioning to newer, effective technologies is well overdue. We need to take action to speed this process up.

As part of this campaign, we have also launched a petition calling on the government to start prioritising non-animal-based research methods and replacing the use of animals in science.

Do you want to see animal testing phased out in favour of superior technologies? Sign and share our Striking at the Source Petition now!

Read more about our new Striking at the Source campaign here.