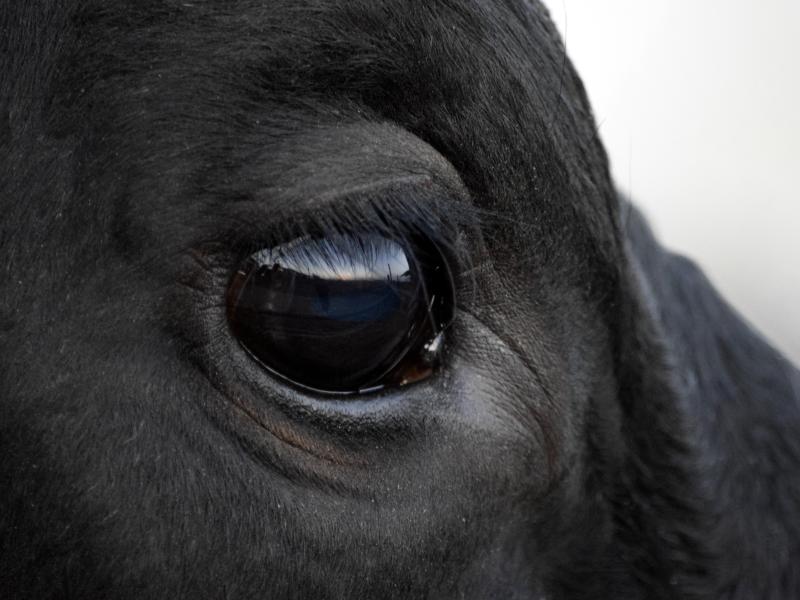 From animal tester to animal defender

NZAVS is lucky to have the support of many volunteers. We even have volunteer researchers who continuously look for scientific publications on how different animals are used in science in Aotearoa. Given how secretive the animal experimentation industry is, this can be a tiring and difficult job. We have dedicated researchers, however, who continue to push on and find this important information so that we can expose it to the rest of the world!

One of our research volunteers is Marika Kardel, an ex-Agricultural Scientist, who once studied fistulated cows as part of a PhD at a university in Germany.

Marika’s story is a unique one, moving from work in animal experimentation to now helping defend the animals so wrongly used in the name of science. It’s also a story of hope as it shows us that not everyone involved in animal experimentation actually wants to be. They may find the courage and strength to move on and leave this dark industry behind, just like Marika has done!

In the application to volunteer with NZAVS, Marika told us:

“I have been vegan for three and a half years now and looking back I want to make sure that what I went through is put to some good use, as I will never be able to work in that industry with a clear conscience again.”

Warning: Some readers may find the following content upsetting.

Q. Can you tell us about the kind of research that you’ve been involved in that included animal testing or experimentation?

My PhD thesis was set out to include a feeding trial with fistulated cows, to test if a certain additive would improve protein digestion.

A fistulated cow refers to a cow that has been surgically fitted with a cannula; a plug-like window that fills a hole purposely made into the side of their body. This device is used as a lid to give researchers direct access to the contents of the cow’s stomach.

Six cows were used in this experiment for around four months. Cows had an additive poured directly into their stomach through the cannula. The experiment involved taking samples of stomach fluid, inserting small bags of feed attached to weights into their stomachs, and incrementally removing the bags of feed to estimate digestion rates. The same cows were also being used simultaneously by another research group.

Q. What was it like working with animals who were being used for science?

Just sad, really; disheartening. They had names, which made it appear like the keepers were sort of fond of them. But they were confined to tie-stalls the whole time, except for about one hour on mornings without sampling. During sampling periods, nobody really had time to do anything besides the experimental work. You could have said, the animals were calm. Or you could have said they were lethargic. They must have been so bored. Rumen fistulas come with the problem of ruminal fluid regularly trickling out from under them, because these things are not airtight. That must be uncomfortable and itchy, to say the least, no matter how often you clean it.

Q. Do you have a particular moment that you remember finding really difficult?

One day during their hour of roaming free in a small, paved yard, one of the animals lost her fistula and rumen content spilt everywhere. Everyone reacted quickly, the fistula was put back in and she got some stimulating medicine. But the main concern of all people involved seemed to be how that might affect the data, instead of how the animal might feel; her stomach empty and most likely cold and to have that rubber thing forced back into her flank. I was devastated.

Q. What was the final straw for you and what prompted you to finally leave this industry behind?

When all the sampling and laboratory processing was done, I had to write my thesis, had to draw valuable conclusions from all the data. After all, that is why it was done, wasn’t it? But in the process of comparing data sets and researching other articles, it became more and more clear, that you really could not draw the intended conclusions. The experiment was done on heifers (cows who haven’t had any calves yet), while the recommendations were meant for dairy cow feeding. These are not really comparable, as naturally, the metabolism of a high-performing lactating cow works rather different from a young adult female who has never given birth. And I wrote that into the conclusions…and then was made to take it out again. So, the numbers are in the thesis without a disclaimer. And it got me thinking, how much other research misses the point, but gets pushed out there anyway, simply to justify its own existence? If not before, that would have been the moment. I felt reminded of this when I saw NZAVS’s “The Six-Foot Rats” book.

Q. What’s it like volunteering for NZAVS and knowing that you are now helping animals used in harmful ways for science?

It is really kind of liberating. The advertisement for volunteers to translate scientific papers into layman's terms seemed like it was made for me. Hardly any scientific paper is written in a way that people without prior knowledge can easily understand what was going on. Now I’m able to help inform the general public of what is happening in the name of science.

Q. Is there a message you’d like to say to anyone who is involved in animal experimentation and who feels the same as you? Do you have any advice for moving on and changing career paths?

My message would be that the animal activists don’t hate you. They don’t want you to miss your rent payment and they are not attacking you personally. They just want to end suffering and find better ways to get answers to scientific questions, just like you. And that it is okay to voice concerns over the legitimacy of a given setup with superiors, even if it feels pointless.

As I have been busy taking care of my kids since leaving university, I don’t have much advice regarding career changes. I’d say, keep your eyes open for opportunities and keep in mind that many of the skills you acquired in animal experimentation (attention to detail, project planning, problem-solving, budgeting, laboratory skills) are applicable to many other fields, too.

Q. Is there anything else you’d like to say?

To the animal activists, I’d like to say that there are people like me. People who got stuck between losing their job and going through with an experiment. And depending on your personal situation, there isn’t always a choice. My best guess is that many others are only defending their methods so furiously because admitting they are in the wrong would mean to face a complete change of ways…and change is scary.

Marika, NZAVS would like to thank you for your honest interview and the continuous work you do for us to help bring animal experimentation to an end.