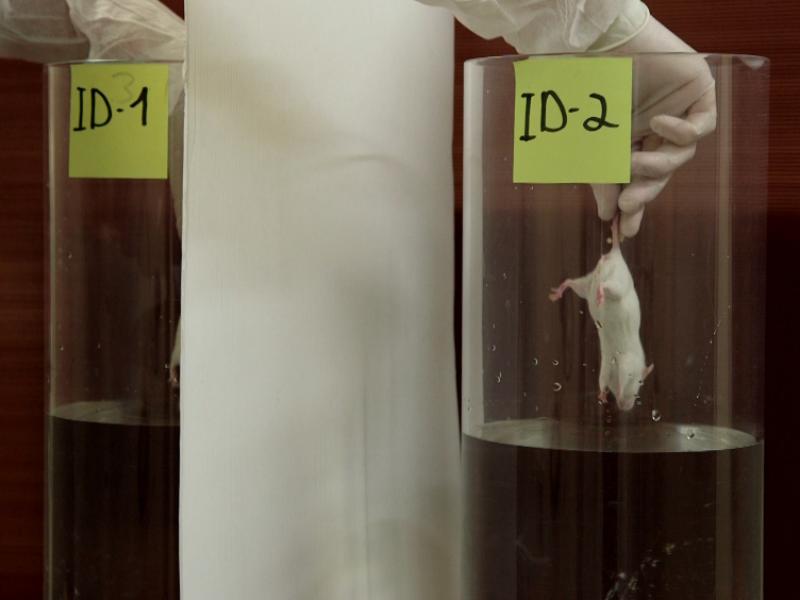 We have some important and exciting updates on our campaign to end the use of the cruel and invalid Forced Swim Test in Aotearoa.

To recap, the Forced Swim Test is an animal test that has been around since the 1950s. It involves forcing small animals such as rats or mice to swim in an inescapable beaker of water until they 'give up' and float. Some researchers use the test as a misguided attempt to mimic depression or hopelessness in humans.

Over 25,000 Kiwis signed our petition against the use of this test back in 2019 and since then, we’ve been continuing the fight against its use!

Which Organisations have used the Forced Swim Test?

The extent to which the Forced Swim Test is used in Aotearoa is largely unknown as we don’t get access to the experiments that private companies conduct. So, it’s vital that our government take some kind of formal action to prevent the ongoing use of this archaic test.

Auckland University approved the use of this test back in 2014, the discovery of this was made purely by chance and wasn’t made until now because of a genuine mistake. Rest assured, Auckland University has not used the Forced Swim Test since! We have ongoing, open discussions with Auckland University often and we’re excited to let you know about some initiatives we’ve been working on with them in the near future.

Recently, we met with Meka Whaitiri, the Minister for Animal Agriculture and Tim van de Molen, the Animal Welfare Spokesperson for the National Party to talk about animal experimentation. The Forced Swim Test was a major item on the agenda of these meetings and we were able to have open and productive conversations on why the use of the test needs to end. We’ve also spent some time discussing this issue with the Green Party and the Act Party. A lot of the work we do looks like this – meeting with key stakeholders behind the scenes so that we can make progress for animals used in science wherever possible.

Invite to the ANZCCART Conference

The Australian and New Zealand Council for the Care of Animals in Research and Teaching (ANZCCART) hosts an annual conference and the theme this year is openness. Given the theme, it’s quite fitting that we’ve been invited to speak at the conference. Our Executive Director, Tara Jackson will be sitting on a panel where the use of the Forced Swim Test will be discussed and our Campaign Manager, Shanti Ahluwalia will be giving a talk on funding and how it can be better distributed to progress science away from outdated and cruel animal experiments.

Here’s the abstract of our Executive Director’s presentation to give you a preview:

The use of the animal model to try and reliably predict human outcomes has been criticised widely by both animal advocates and members of the scientific community. One animal test that fits this bill and the use of which has been discouraged by even the National Institute of Mental Health is the Forced Swim Test. This assay is a good example of how complex human conditions and behaviours are poorly replicated by an obscure animal model. For instance, over 90 per cent of studies on animals fail to lead to therapies for humans.1

Animal-based research methods like the Forced Swim Test have often been around for decades so it is vital that researchers in the 21st century regularly review current practices to ensure that future research isn’t hindered by outdated and unreliable research methods.

By exploring the many different ways in which the invalidity of this test has been exposed, the ethical implications it has and other key issues around its use, I will question the ongoing use of the Forced Swim Test in Aotearoa, New Zealand. Ultimately, I will question whether its use should be left to die out over time or if we as a community need to unite to fast track the complete abandonment of its use.