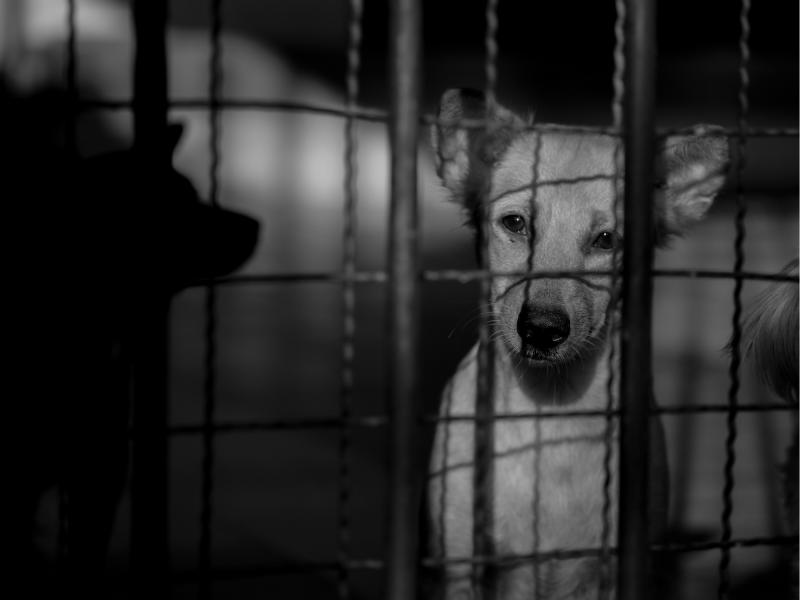 Ten Different Ways Dogs Have Been Used in Aotearoa for Science

Our team is working hard, researching and uncovering the many ways that animals are used in science in Aotearoa. The first species we have created a comprehensive overview for is dogs.

Here we discovered the following ways that dogs have been used in Aotearoa for science:

1. To test if there is a difference in pain sensitivity between different dog breeds.

This experiment involved a metal disc being attached to the leg of dogs. The disc would heat up until the dog showed a pain response. Testing started at 20°C and the maximum temperature was 60°C.1

Dogs received enzyme injections on a weekly basis beginning at birth and ending at 11 weeks of age. Then dogs had recombinant human sulphamidase infused/injected into their brains. All dogs were euthanised after a final injection of recombinant human sulphamidase (their maximum age when they were euthanised was 24 weeks old). Their brains were then dissected.2

3. To test the safety of blackcurrant extract in dogs.

Dogs were administered anthocyanin as a pill daily for 51 days, then they were physically examined and weighed, blood and urine samples were collected, and their activity was monitored. The amount of anthocyanin administered increased over time until the max dose of 60 tablets, this was to the effects of the maximum dose being that ingested by a dog if they were to eat the whole packet.3

4. To measure the toxicity of a parasiticide (abamectin) in dogs.

Abamectin was given to dogs orally, blood samples were then taken for nine days to help measure how long it takes for the parasiticide to be eliminated from the body.4

5. To try and find a dog model for Mucopolysaccharidosis IIIA (a rare disease in humans).

Dogs models for mucopolysaccharidosis (MPS) IIIA were bred within an experimental colony. They were euthanised and their brains were dissected.5

6. To examine the effects of pain relief drugs in dogs after a pilot study was conducted on rats.

Dogs were anaesthetised and then test drugs were injected. Blood samples were taken, and the brain electroencephalography response was recorded. This involved the placement of three stainless steel needle electrodes in specific sites close to the brain of the dogs and another electrical stimulus being applied to the hind limb of the dogs.6

Dogs who were going to be euthanised at the local council pound were euthanised by students so that they could practise how to humanely euthanised an animal. Their bodies were then kept and used in other teaching exercises.7

8. Unwanted dogs were killed so bone marrow samples could be taken.

Dogs who were being euthanised under local council bylaw for reasons unrelated to physical health were killed and then bone marrow samples were taken from their bodies and examined.8

9. To test the secondary poisoning risk on dogs who might eat the carcasses of animals who have been poisoned by sodium nitrate.

Dogs were fed poisoned possum for several days on end. The dogs were observed for signs of poisoning (vomiting, excessive thirst, diarrhoea, heavy panting, fainting, and bluish colouring of lips, gums, paws and nose) by a researcher, but luckily none of the dogs showed any obvious signs. All dogs were killed after the experiment.9

10. To test the effectiveness of a poison meant for wild dogs as a method of unwanted species control.

Dogs from a council dog pound were fed a toxin in different concentrations and with different bait (i.e., chicken or dog roll). Dogs were then observed for signs of toxicosis. Ten of the animals receiving toxin died within 3.5 hours, one more after 4 hours. Two dogs receiving cyanide died within 14 minutes and 30 minutes, respectively. The rest of the animals showed symptoms but survived the toxin; their ultimate fate was not stated. All but five animals vomited.10

Please note that this is not a comprehensive list of how dogs are used in Aotearoa for science, it's merely the tip of the iceberg.

NZAVS holds an important position in Aotearoa – We are the only organisation that is focused solely on defending animals used in science. It is up to us to force change and one of the ways we can do that is by exposing the industry and educating Kiwis on the true horrors that occur right here in our own backyard.

Thank you for being a part of this fight for animals and taking the time to learn more about what animals used in science are forced to endure. Please share this information with your friends and whānau and help us expose this industry!