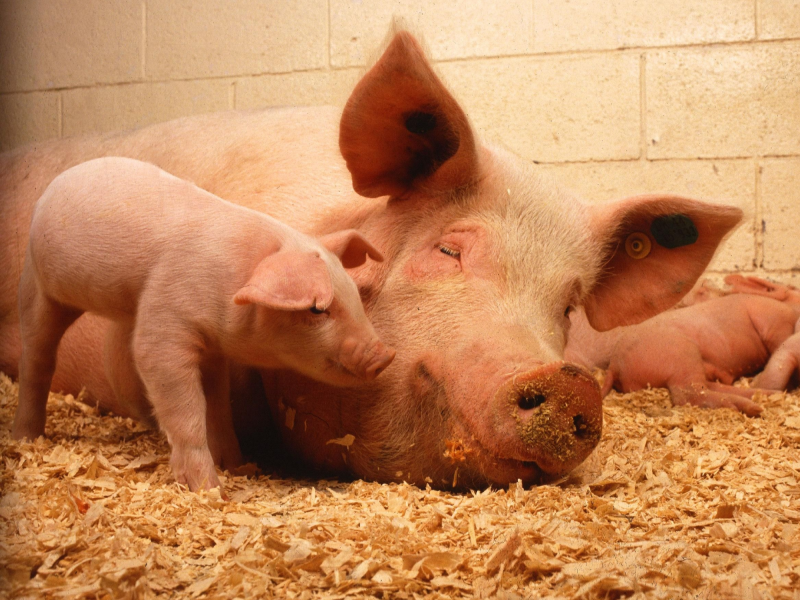 Animals Used in Farms Are Also Used in Cruel Experiments!

It’s common knowledge that animals are farmed for food and clothing. However, what will shock a lot of people is finding out that there is long chain of animals who are used in animal experiments to help bolster up and sustain the animal agriculture industry.

Cows, goats, pigs, crustaceans, and other animals are used in gruesome experiments aimed at trying to increase the profits of animal agriculture and prolong the life of this industry.

We believe it’s vital that people know about this strong, dark connection so that we can make informed decisions as consumers and more importantly, so we can use our purchasing powers to help end cruel animal experimentation once and for all in Aotearoa, New Zealand!

Here are just a few examples of experiments that we have discovered to give you an idea of just how these animals are used for science:

In one NZ-based study, groups of goats that were two-day old were taken from commercial farms and transported to a research facility. Here they were disbudded (a procedure performed on kid goats to ensure their horns will not develop) with an electric cautery iron. At about 28 days of age the animals were divided into two groups, weighed, and restrained in a device.

One group of baby goats were euthanised with a non-penetrating captive bolt shot once. Every 30 seconds afterwards, the kids were assessed for sensibility (blink reflex and nose prick), leg movement, and cardiac activity (feeling the heartbeat, signs of breathing). At any sign of sensibility after the initial shot, another shot was fired in the same way.

The animals in the second group were euthanised with a non-penetrating captive bolt shot twice within one second. They were observed the same way as the first group. Kids showing signs of sensibility after the shots were given an overdose of xylazine.

The purpose of this study was to investigate the effectiveness of firing a captive bolt once or twice to kill baby goats. Our research has shown us that this isn’t uncommon, that many animals are used in experiments aimed at trying to find the most ‘effective’ ways of killing them.

Pigs are another animal used in cruel experiments, this won’t be new to you if you saw our earlier exposés on pigs having wounds cut into their backs, being suffocated and our exposé on how Auckland Island pigs are being exploited.

In another study we discovered, pigs had a fistula surgically implanted into their bodies to create an opening to the caecum (end of intestine).

Eight weeks after surgery they were fed a casein-based meal, which included titanium dioxide as an indigestible marker.

Digestive matter was then collected through the hole made into the side of their bodies (the fistula) so that it could be analysed in different ways.

Essentially these animals were treated like machines, like a car that you can pop the boot open of and look inside.

Cows are the number one used animal for science in NZ so the different types of experiments they are subject to is vast. A heart-breaking fact for anyone who loves these gentle giants.

Mycobacterium bovis, a bacterial disease that infects cows has been a hot topic in the media over the past few years.

Rather than focusing on mitigating the impact of this disease by having less cows or transitioning away from farming cows for food all together, research has been conducted into vaccinations against Mycobacterium bovis. While at first glance this sounds like a noble quest, once you dig a little deeper, it’s clear that countless animals will be made to suffer to try and combat this disease.

The effects of this disease don’t sound pleasant, according to Dairy NZ themselves it can cause:

At the end of the study, all animals were killed so that the affected tissue could be examined. A sad outcome for initially healthy animals who could have lived a long and happy life.

Crustaceans (crabs, lobsters, shrimp etc.) are a less thought about animal when it comes to animal experimentation but since they are eaten, they too are subject to experiments for the animal agriculture industry.

For example, when wild lobsters are caught via commercial fishing and transported nationally and internationally, some of the animals don’t recover from transport conditions (extreme temperature changes, lack of oxygen, CO2 build-up etc.). A potential profit loss for the industry.

One study we found investigated the impact on these animals when they are left outside of water. Here, spiny rock lobsters were caught from the wild and kept for experimentation for 12 to 36 months in 1600-litre black plastic tanks.

In the first experiment, lobsters were anaesthetised and then put into respirometers where they didn’t have room to move much. They were subjected to three different temperature regimes (17.8, 12 and 6.3 °C). They were put in a recovery tank and the effects of the temperature changes were assessed.

In the second experiment, lobsters were anaesthetised and surgically fitted with electrodes to measure the heart rate. Through 4 holes made into their shell, the coated electrodes were put in and secured with a piece of rubber matting and superglue.

The fates of these animals weren’t specified in the publication. While it’s unlikely that they were returned to the wild, we remain hopeful that this was the case.

As you can see, the connection between animal experimentation and animal agriculture is strong.

You can help end these barbaric tests by:

It’s also important to remember that animals are used in many ways in science in NZ and not all of our fierce supporters are vegan – if you are one of those people then your support is still appreciated and needed.

We need as many people as possible to be against animal experimentation, whether you are vegan or not. In fact, our supporter base is made up of a diverse group of compassionate people, including farmers!