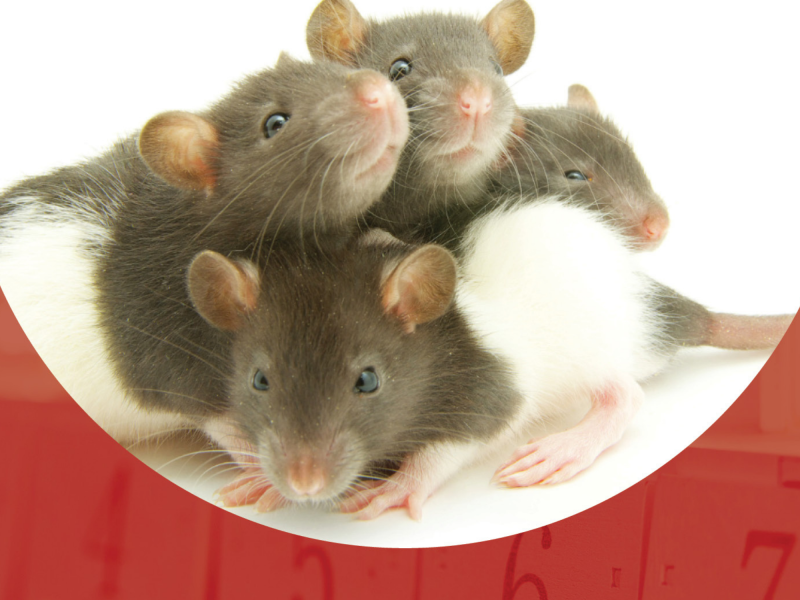 Today is Day 2 of Our Biggest Exposé Yet!

It's the 2nd day of December, which means that it's time for us to reveal the second experiment in our 12 Days of Christmas University of Otago exposé. We were so encouraged by the support we received yesterday, and we know that you'll be as outraged as we are by today's big reveal.

This second experiment, like yesterday, also involves rats, but this time the animals had their brains damaged and pierced with electrodes and put through tests like associating a sound with electrical shocks through their paws...

At NZAVS, we dream of a world without animal testing and where rats are free and happy, but we still have a long way to go before this dream becomes a reality.

Exposing cruel experiments like this, as widely as possible will help further damage the social license of animal experimentation and help us put an end to this archaic practice for good! 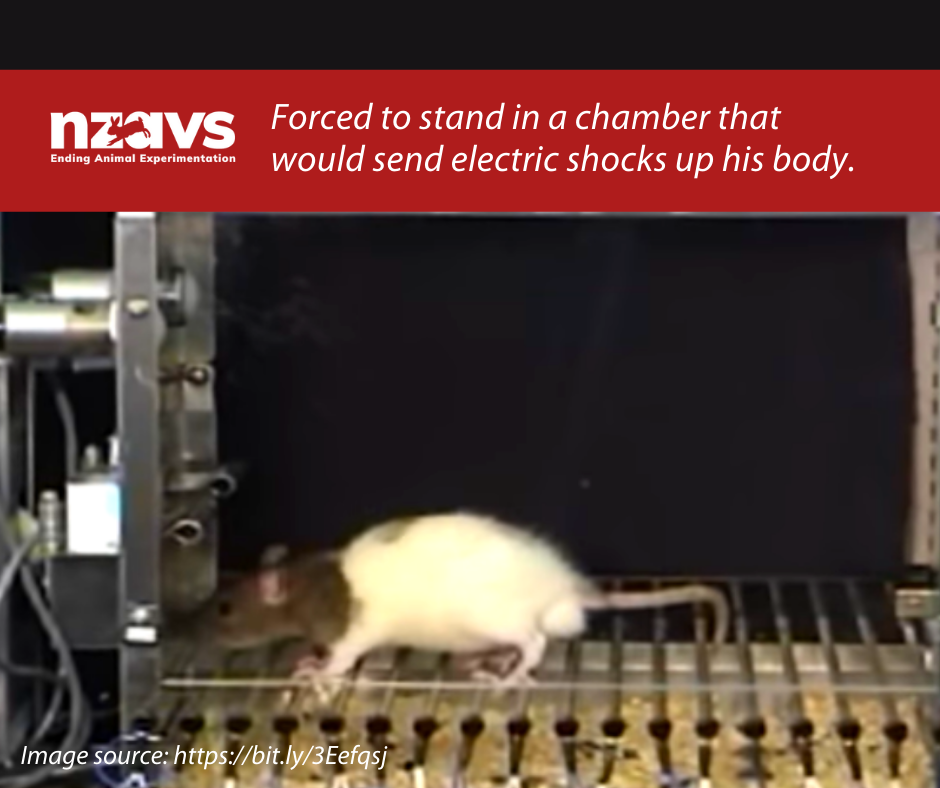 This was all done to test how damaging a specific part of the brain effects cognition, fear response and memory in rats. 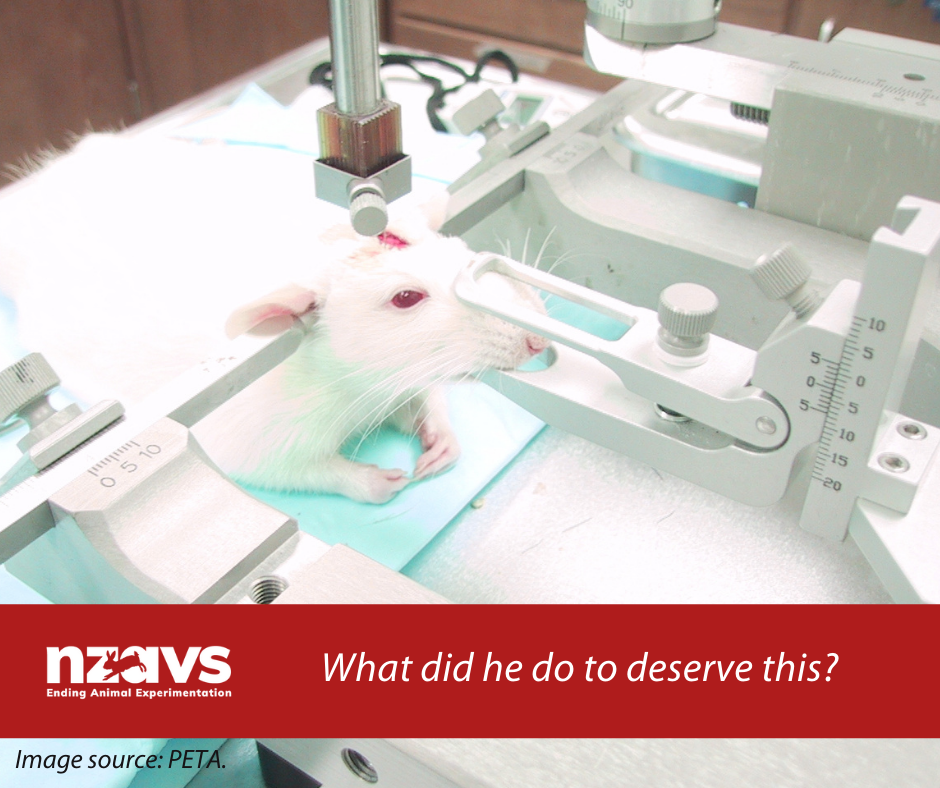 Since the University of Otago wouldn’t dare supply us with real footage, we’ve have to create a visual representation of what these animals would have gone through using footage taken overseas (Caution! The video is graphic and difficult to watch):

This awful research will not help humans in any way. Rats simply work differently from humans, and this research barely even references human health. It is a complete failure of ethical oversight by the University of Otago

NZAVS is going above Otago Uni in our mission to end animal experimentation… and we need your help!

Here are three ways you can help today: