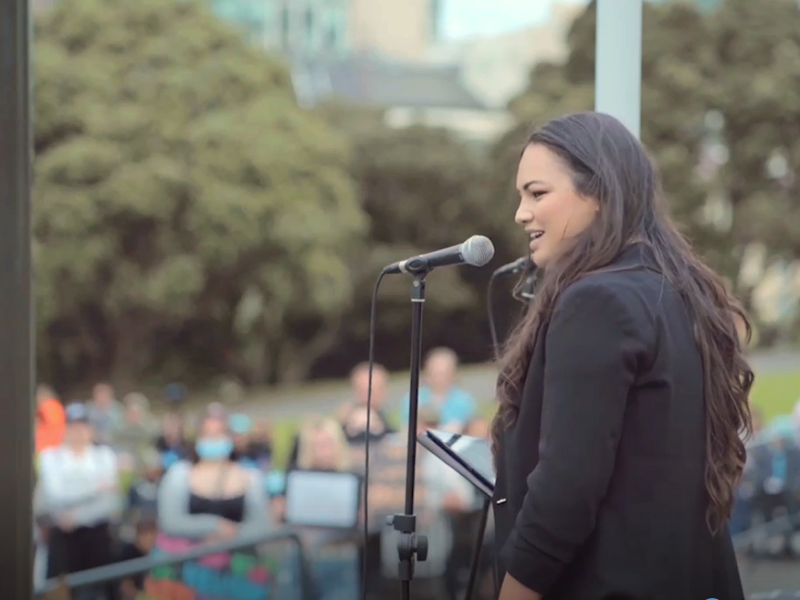 There’s something incredibly inspiring about children and young adults taking action against animal testing. When young Kiwis take initiative and find creative ways of spreading awareness around this issue, it’s a fantastic sign that Aotearoa is heading in a good direction.

We were thrilled to be approached by Maja and Krista, two year 13 students from a high school in Tāmaki Makaurau (Auckland) about being involved in a short documentary that they were making.

They learnt about the important mahi we do at NZAVS at the Animal Rights March in 2018 where our Executive Director gave a speech. From this, they decided to make their project on animal testing and the mahi we do at NZAVS to put a stop to this archaic practice.

The final video is something they should both be incredibly proud of and we are excited to share this with the world. View the full video below!

When we asked Maja and Krista why they decided to make this short documentary, they said:

We had an opportunity to make a documentary for school that would be shown to other students both at our school and at other schools. We are both extremely passionate about animal rights, so we knew we wanted to make our documentary in that area.

We wanted to use this opportunity to give the inspiring story of Tara Jackson [NZAVS Executive Director] as well as the Anti-Vivisection movement coverage in a secondary school context. We found after doing market research that many people our age either didn't know what animal testing was or didn't understand the extent of its cruelty. It is something so well-hidden…and we wanted to do our part to try and change that.

We hope that people walk away enlightened as to how cruel the animal testing industry is, but more importantly inspired by all that Tara has done on her journey as an animal activist.

A huge thank you to Maja, Krista and their teacher for creating this inspiring video!