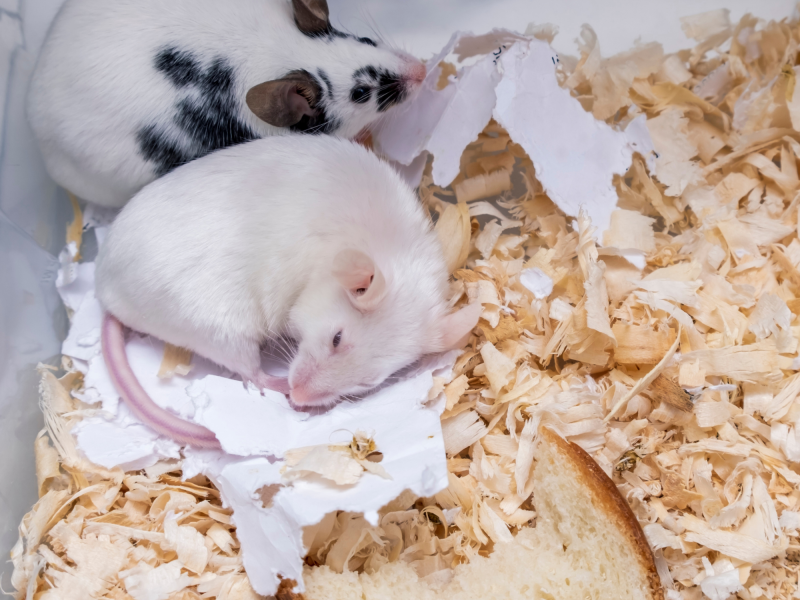 “The history of cancer research has been a history of curing cancer in the mouse. We have cured mice of cancer for decades—and it simply didn’t work in humans.”

This statement was made over 20 years ago. Yet, we are still subjecting mice and rats to this kind of research.

Using animals for research into life-threatening diseases, such as cancer, is often perceived as justified – that the death of a few hundred mice is worth it if it’s going to save people.

In reality, this choice doesn’t exist. We do not need to choose between the life of a mouse or the life of a human. Not only can we both live but by removing animals from the equation and focusing on human-based research instead, we’ll inevitably be able to increase the chances of helping people in need.

How & why rats & mice are used in cancer research

Rats and mice have been preferred experimental models because of their relatively short life span, ease of handling, widespread use in academic studies, their susceptibility to tumours, and the availability of their genetic information.

They are used for:

Animals are used in these types of studies right here in Aotearoa, New Zealand…

Experiments that have happened at the University of Otago

Mice were injected with cancer cells, followed by one of several potential vaccines. They were killed when the cancer reached a certain size, or it became otherwise “inhumane” to keep them alive. On average, this point was reached after 20 to 24 days.

Ulcers formed on tumours in 20% of the mice - these animals were killed before the experiment ended.

Mice were used to test the impact of exercise on cancer3,4

During experiments, groups of mice were:

All animals were killed at a maximum “humane” tumour size; on average, within 19 days. Along with control mice, they were anaesthetised, and their necks were broken.

Eight mice in one of the experiments had to be killed early because their condition worsened too fast, and one mouse did not develop any tumours.

Prior to this study, human trials were conducted using a similar drug that was toxic and inefficient in humans. So, this new study involved testing a new drug in the hopes that it would be better.

Why this doesn't work

How cancers in humans form and progress is incredibly complex, we simply can’t try and model it in a different species and expect the results to translate over to humans.

1. Many factors influence how a tumour behaves in an organism and how it reacts to treatment. For example, results can change depending on the breed or sex of mice used, where in the body the cancer cells are injected, the stress levels of the animals (i.e., from relocation, surgery, isolation, handling) and even the season of the year that the experiment is conducted can impact the results!6

2. The success of animal models in approving a cancer drug for humans is one of the lowest overall, with a mere 1.6% success rate (or about 10.7% when using biomarkers). 7

3. The U.S. Food and Drug Administration (FDA), which is responsible for approving the use of drugs for humans, estimates that less than 10% of drugs tested on animals get approved to go to market. 8

4. A whole group of chemicals (called MMP Inhibitors) have been showing great success against aggressive cancers in animal models since the 1980s. But none of them has made it through clinical trials on humans,9 yet some researchers keep trying to make it work and continue testing them on mice.10

5. Despite macaque monkeys and rats showing promising results and no negative side effects of a potential blood cancer drug, the six human volunteers trying a much lower dose experienced life-threatening complications within hours.11

6. Inorganic arsenic is well known to be highly toxic to humans, and skin cancer is a quite common symptom.12 Yet, researchers failed to find any cancer-causing effect in animals, even in 2-year experiments of feeding arsenic to rats and dogs.13 It is less toxic overall for them, too.14

It’s vital that we end animal experimentation as soon as possible, for the animals who are forced to endure cruel procedures and for humans who urgently need useable treatments and cures.