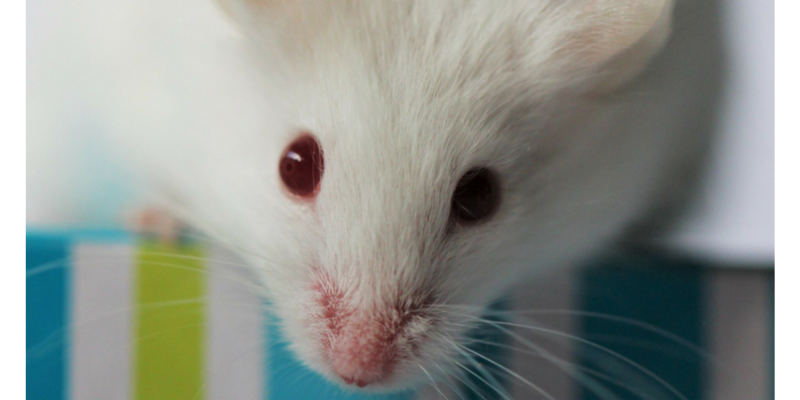 Globally, we see a similar trend. As of 2020, there were over 50 million people worldwide living with dementia. Just think about the true extent of this - every 3 seconds that pass, someone, somewhere in the world, has developed dementia.1

So, the problem is huge – there are millions of people who are suffering from this and need help.

Countless animals are still being subject to cruel experiments for research into Alzheimer’s. The pursuit of finding a treatment and cure for Alzheimer’s is a noble one that we are fully behind. However, using mice and other animals is not the solution.

A shocking 99.6% of Alzheimer’s drugs that test successfully in animals fail in human trials.2

To make this failure even more obvious, in the last decade, no new drugs have been developed that can treat Alzheimer’s effectively.3

Mice only teach us about Alzheimer's-like symptoms in mice, so any results from animal experiments can't be transferred over to humans. We can’t use the findings of these animal studies to find out more about treatments or causes of Alzheimer’s in humans!4 For example:

Important fact: The huge failure of animal experiments to produce results relevant to people has led one of the world’s largest pharmaceutical companies (Pfizer) to end research for new Alzheimer’s drugs.5

An example of Alzheimer’s research involving animals in NZ

In an experiment6 published in 2022, conducted by the University of Otago twenty-five mice were subject to something unfathomable…

They were anaesthetised and put through stereotaxic surgery. Their heads were mounted to a frame so that their skulls could be exposed and drilled into. A drug (or control solution) was then injected through the hole in their skull, directly into their brain. The researchers were trialling a “rescue” medication that was meant to build new brain cells.

Six weeks later, the mice were injected with a marker substance twice daily for 5 days so that researchers could distinguish between newly formed cells and older ones. Eight weeks after this, the mice were injected with another marker. All were killed the following day by having their hearts flushed with saline solution and paraformaldehyde. This method of euthanasia is used to try and preserve the animals’ brains so they can be dissected.

All twenty-five animals lost their lives for research that does not translate to humans.

There are already viable animal-free and human-relevant research methods that can be used and there is a lot of space for more to be developed! Examples include:

It is very clear that animal models don’t work in finding a cure for Alzheimer’s Disease and that change is needed. Can you imagine the progress that we could make for human health and for animals if only a portion of the funding for animal experiments was diverted to use and develop superior human-relevant methods?

Our Striking at the Source campaign is looking to implement these solutions on a massive scale. We are calling on the government to implement changes across the sector, including changes to funding and the ways that we make decisions around research.