We are a small dedicated team who relies heavily on our volunteers and supporters to help with our work in ending animal experimentation in NZ.

NZAVS is made up of the following people:

Bette Overell, who founded NZAVS in 1978, was inspired by the works of Hans Ruesch, a famous Swiss medical historian whose book "Slaughter of the Innocent" and CIVIS publications brought to light the misleading, dangerous and fraudulent practice of animal experiments.

Read more about our Founder here. 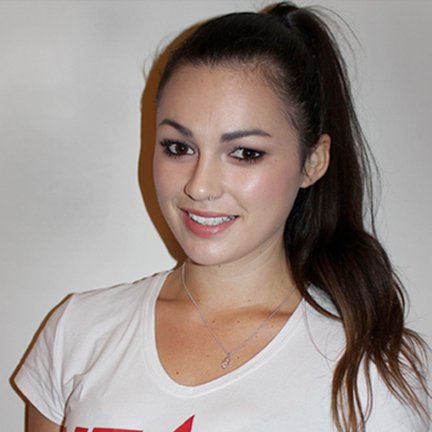 Tara Jackson is the Executive Director of NZAVS and she has worked for the society for nearly five years. She has a Bachelor of Science in Zoology and has a strong passion for animal rights, human rights and environmental protection. The combination of her scientific background, empathy for animals and a strong dislike for injustice make her a driven and determined advocate for progressive, reliable and humane research, testing and teaching methods.

She has experience working with other NGOs, campaigning and fundraising. Tara has previously worked for and been involved with organisations such as Greenpeace, WSPA, the SPCA and SAFE. Tara worked as the Campaign Manager for NZAVS for a year and a half before taking on the role as Executive Director.

Annelies has a Masters in Psychology and has been a vegan activist since 2010.  She joined team NZAVS to extend the cruelty-free paradigm to include animals in science.

Having a young daughter also makes her a strong believer we cannot normalise eliciting pain to other sentient beings by condoning dissection at schools, but instead, using ethical computer simulations or models.

She has worked in the not-for-profit sector as a fundraiser since 2010, including a few years for animal rights organisation SAFE.

Deirdre is communications specialist with a degree in animal welfare science. She is currently involved with grassroots animal rights organisation Direct Animal Action as a voluntary activist and campaigner.

Deirdre has been involved in animal rights activism in Auckland for 15 years and during that time she's done everything from chaining herself to factory farms, to openly rescuing animals from factory farms to running successful protest pressure campaigns against animal abuse industries forcing them to change their ways.

People power, grassroots activism and direct action are some of Deirdre's biggest passions. She has worked for a number of different NGO's including SAFE, Auckland SPCA, Greenpeace and Amnesty International. She also worked at the Green Party of New Zealand Aotearoa for 5 years through 2 election cycles. Deirdre has two very loved furbabies called Poppy and Kowhai and she enjoys running and CrossFit in her time away from campaigning and activism. 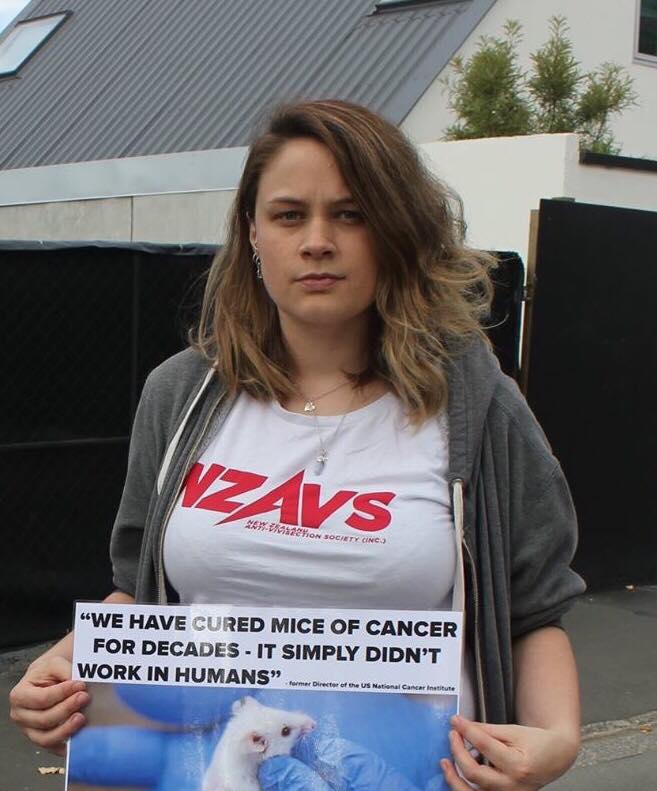 Cressida is a committed animal advocate. She worked as the NZAVS Campaign Manager in 2017 and now is pursuing a PhD through the New Zealand Centre for Human-Animal Studies.

She shares her house with her many companion animals, as well as rabbits she helps rehome and foster dogs. Cressida is the Founder of Ōtautahi Rabbit Rehoming - Christchurch. Cressida's other passions include all forms of social justice and vegan food.

Kim Taylor has been an animal and human rights activist for a decade. She's been part of numerous national (U.S.) and international campaigns specifically against the use of animals in research because it is a "hard sell" even within the animal rights community.

Holding a Ph.D. in English, she is an educator and author by trade, having written, edited, or published within eight books on animal liberation. She also teaches English on a volunteer basis to immigrants, refugees, and the imprisoned.

Avril has been an animal rights activist for almost 10 years. She first got involved volunteering for SAFE in high school. In her first year of university, she co-founded the Auckland University Animal Rights Group (AUARG) and was Co-President for five years. During that time, AUARG campaigned against the use of animals in research, testing and teaching at Auckland University.

Avril is passionate about justice for humans as well as non-humans. Avril is a criminal defence lawyer by occupation. She has also been involved with projects in animal law, including drafting submissions on proposed legislation. She fosters cats and kittens in her spare time.

Born in Belgium, Andre Menache obtained his degrees in zoology and veterinary medicine in South Africa. He then embarked on a career that focused on animal welfare for 25 years, followed by 15 years as a scientific consultant to organisations interested in ending animal experiments.

Notable achievements include his role in ending the force-feeding of geese used to produce foie gras in Israel (2006), an amendment to the Declaration of Helsinki to encourage the wider use of non-animal methods to replace animal experiments (2000) and the European Citizens Initiative "Stop Vivisection" with more than one million signatures, calling for an end to animal experiments (2015).

Andre has published several articles in the scientific literature on the failure of animal-based research.

Steve is the latest to join the NZAVS team, although he remembers joining with NZAVS members and other activists for the ANZCCART conference demonstrations in Christchurch in the late 1990s.

Steve, a long term vegan, is passionate about all aspects of animal rights and has volunteered with SAFE in Christchurch for twenty years although his active involvement has ceased since retiring and moving away. He is thrilled to continue the struggle for animal liberation by volunteering for NZAVS as a researcher. His work experience in the electronics industry in the UK and New Zealand has included Laboratory Management, Metrology, International Regulatory Compliance, design, development and support roles, and he keeps his analytical skills up by assisting International Accreditation New Zealand in EMC test laboratory accreditation from time to time.

NZAVS has Volunteer Coordinators in Auckland and Christchurch: 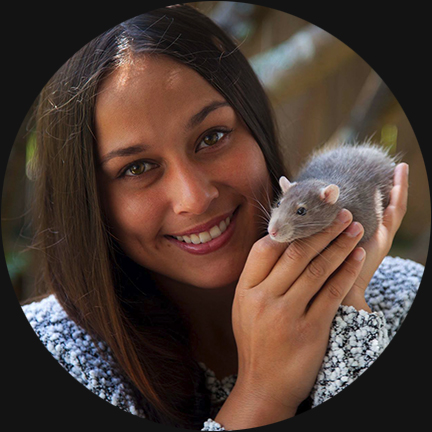